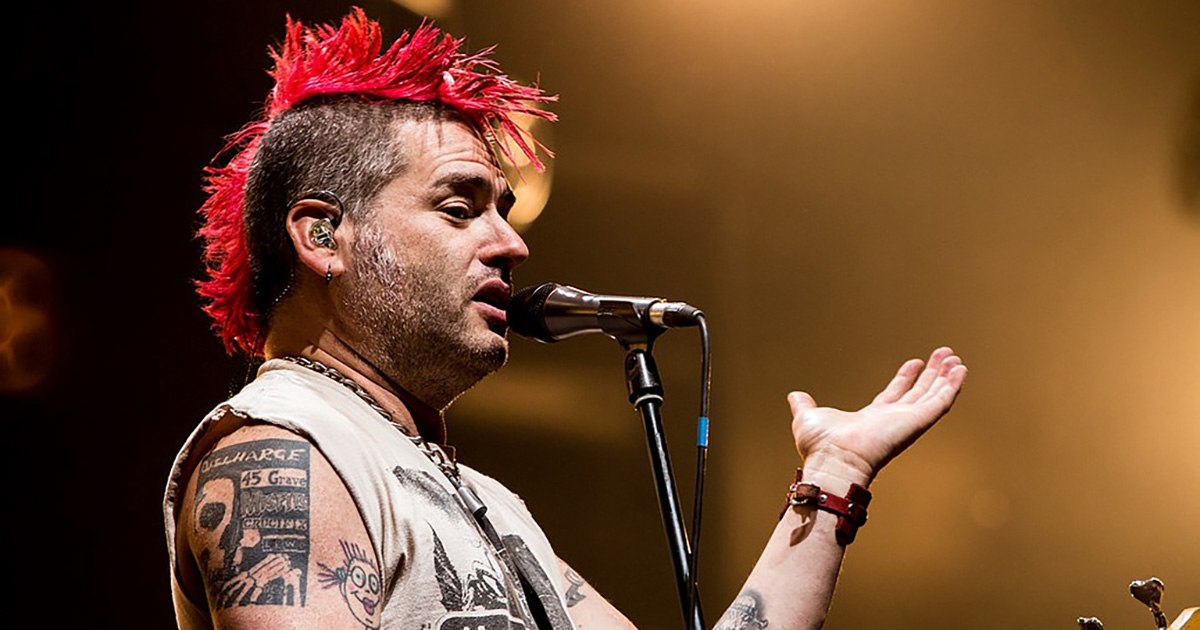 LOS ANGELES — NOFX frontman “Fat” Mike Burkett held a press conference yesterday to apologize for a series of insensitive comments he wished he could have tweeted in the ’90s if the platform had been available at the time.

“First, I definitely would have tweeted that JonBenét Ramsey was killed by the band Pennywise, and for that, I would like to apologize,” Fat Mike told gathered reporters. “It would have been hilarious, because I know those dudes and they would’ve been so pissed… but it would have also been wrong. I am deeply sorry.”

While several celebrities have issued apologies in recent months after old, offensive tweets had resurfaced, Fat Mike became the first known example of apologizing for inappropriate comments that could have come back to haunt him.

“I know some of the ill-advised tweets would’ve been tasteless — like about how Bill Clinton needed younger interns if he wanted to get invited to Warped Tour,” the singer said. “Others, I’m sure, would’ve been just gross: like some side-by-side pictures of an uncircumcised penis and Billy Corgan wearing a turtleneck.”

“Hypothetically speaking,” Fat Mike added, “I said those things that I’m saying right now a long time ago. I’m not that guy anymore.”

Despite his explanations, many thus far are confused over Fat Mike’s intention. Multiple sources indicated that, given his demeanor, the frontman was mostly just disappointed by the lack of social media in the ’90s.

“Instead of apologizing for things he never said, he could have just never said them,” said longtime NOFX fan Brian Warner. “Now I can’t stop thinking about him shoving a Furby up his ass and then donating it to Toys for Tots.”

To his credit, Fat Mike concluded the press conference with an apology for offensive things he will inevitably say in the future.

“I’ll probably say some really shitty stuff in the coming years, so I might as well just say that I’m sorry now,” a contrite Fat Mike said. “I’m sure I’ll regret saying drunk driving is still cool if you do it in a flying car, on whatever social media platform we’re using then. It’s not funny now, and it won’t be funny in 2031.”

Photo by Florent “MrCrash” B