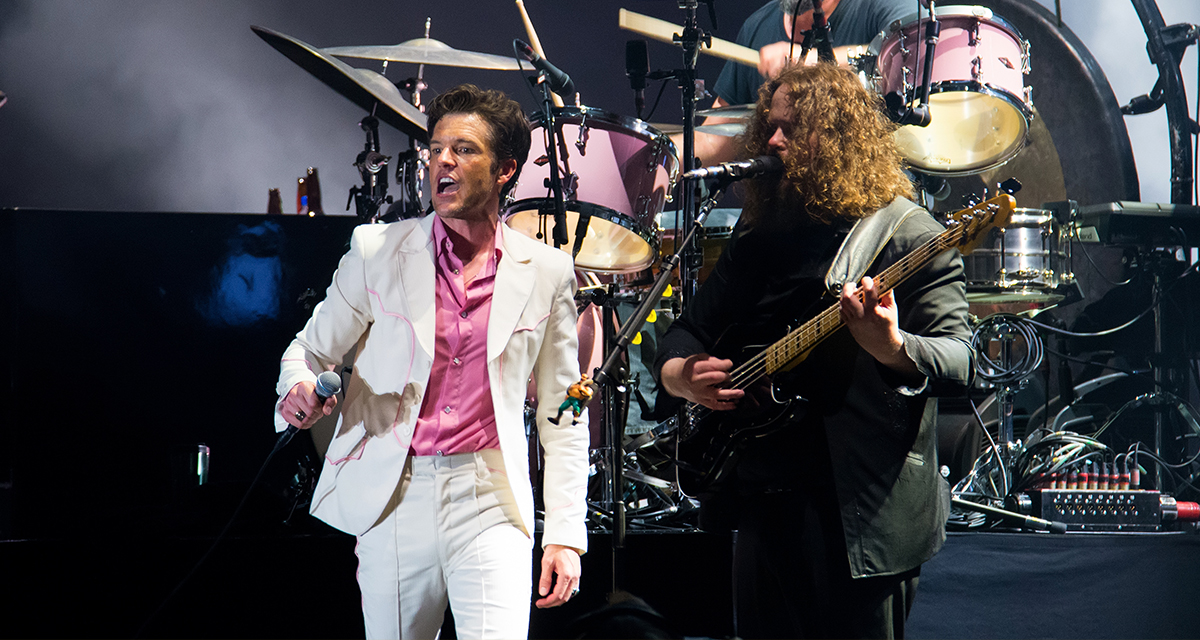 “I was just looking up the lyrics for ‘All These Things I’ve Done’ when I saw an annotation about Mormon themes behind the song, which was funny since I thought those guys were too cool to associate with those doorknocking dorks,” Blakeslee said. “But now that I know Brandon Flowers is one of them, I just can’t look at him the same way. He’s so flamboyant and handsome that I never thought anything of the religious references when I first got into The Killers. Oh God, does this mean I like Mormon music? I feel like I might need to sit down.”

“As a lifelong member of the Church of Jesus Christ of Latter-day Saints, my faith often influences my songwriting. That doesn’t mean my band is Mormon rock,” said Flowers while ironing his temple garments. “We make glamorous indie rock and roll that just happens to honor God. When people make assumptions about The Killers having a religious agenda, they ignore our real agenda of influencing impressionable young kids to learn ‘For Reasons Unknown’ on drums. If I wasn’t so busy with touring, I would go door to door with sheet music and proselytize about the joys of percussion myself.”

Dr. Lucille Elliott, a professor of Religious Studies at the University of Nevada, Reno, observed The Killers are neither the first nor last band to surprise its fans with ties to organized religion.

“Even the brightest theological scholars fall to their knees upon noticing subtle religious themes in songs they thought to be secular. I’ve seen this phenomenon unfold with everyone from U2 to early Underoath, but The Killers’ fans are especially vulnerable,” said Dr. Elliott. “They’re too busy lusting after Brandon Flowers to realize how often he sings about his faith. It’s one thing for them to realize their favorite band is Christian, but Mormon themes are another level of shocking.”

At press time, Blakeslee was found curled into the fetal position after Googling his second favorite band, Flyleaf.