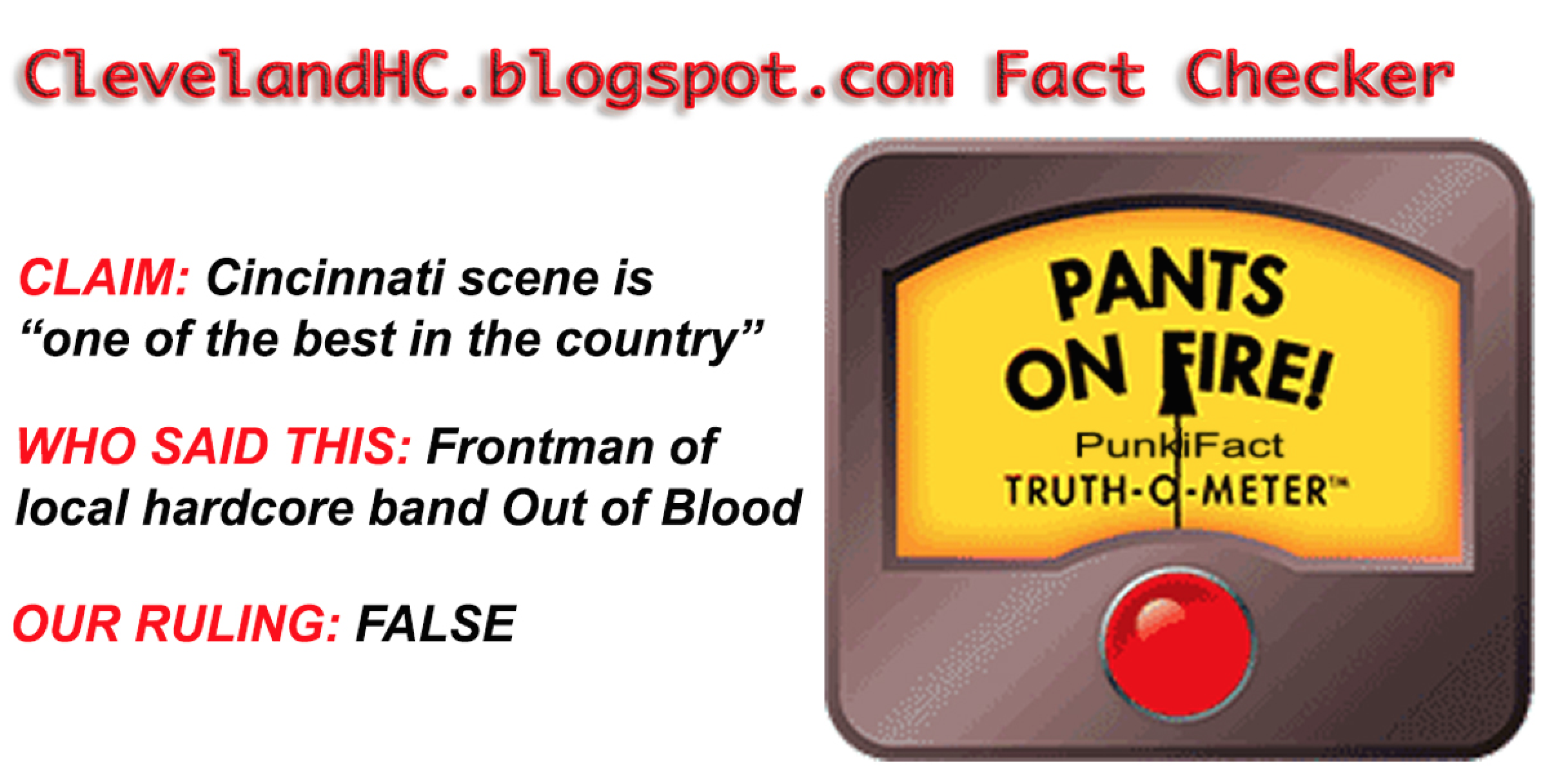 CINCINNATI — Brent Harris, frontman of hardcore band Out of Blood, boldly claimed during a routine tour stop that the local hardcore scene “was one of the best in the country,” a statement instantly debunked by a fact checker live tweeting the show.

“You expect frontmen to say things to please the crowd, but Cincinnati? ‘One of the best in the country?’ It isn’t even top 10 in the Midwest,” said Casey Jenkins, fact checker of ClevelandHC.blogspot.com. “The truth is, this scene hasn’t ever had a hardcore band worth a damn, and the venues here are trash.”

Throughout the night, Harris continually made claims Jenkins quickly debunked.

“So, early in the set, their singer said, ‘Yo, respect the space — this skateshop is sick, and it’s super cool they let us play shows here.’ Well, that isn’t exactly the truth,” said Jenkins. “This skateshop is run by some rich kid that doesn’t even skate, and half their wall is Element decks. This place sucks.”

Jenkins went on to use infographics and peer-reviewed sources to disprove claims of Cincinnati’s “long hardcore tradition,” that “nobody pits harder,” and that this was “one of the best looking crowds [Out of Blood] had seen” on their tour.

Fans in attendance reported a new-found sense of pride in their scene, largely choosing to ignore Jenkins’ website and his “biased reporting.”

“I’ll be honest… I was always sort of lukewarm on Out of Blood, but after this show, I am a huge fan,” said lifelong Cincinnati resident Drew Waters. “I know what I feel in my heart, and that is we have a great thing here. It doesn’t matter that almost every other band skips our city — hardcore is making Cincinnati great again.”

Harris himself later admitted that his between-song banter was not the full truth.

“This was easily the worst show on tour. We actually lost money stopping here. It wasn’t great to be there, and if I’m being honest, I personally don’t care if they enjoyed the rest of their night,” said Harris as he completed loading his van after the show. “I just say these things so people buy more merch.”