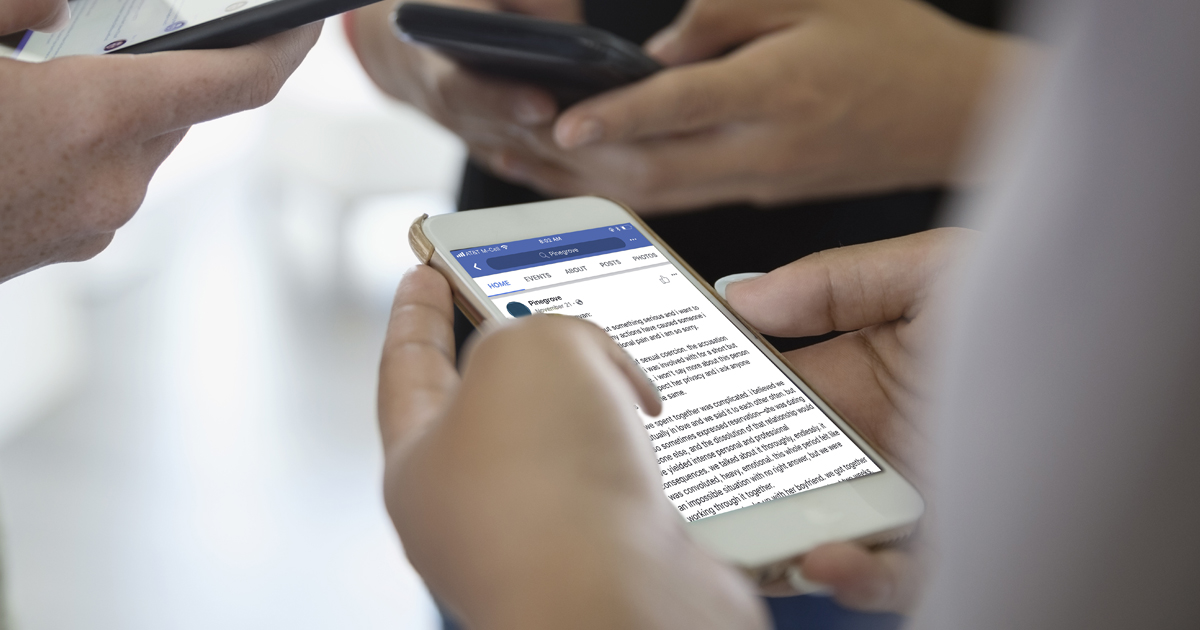 MENLO PARK — Facebook has slowly unveiled a powerful update to their newsfeed algorithm which exclusively surfaces the most important posts a band makes: official response to sexual misconduct allegations.

“Whether it’s a flat denial, overly polished promise to do better, or whatever the fuck Pinegrove’s thing was, user data confirms that’s all people want on their newsfeeds from bands,” Zuckerberg said. “And let’s be real all the other shit about ‘some big announcement tomorrow!’ that end up being new pins is just not needed on the platform.”

Engineers at the tech giant have done considerable A/B testing, which included turning off the reach for all bands in Bulgaria (public statements and otherwise), which yielded “no discernible effect.” But in their investigations and testing, some things stood out.

“Over 90% of messages and posts in Europe are about tape trades,” Zuckerberg said. “We thought it was a glitch, so I looked into it personally and all of a sudden these euros were hitting me up for ‘original Facebook demos.’”

According to executives at Facebook, data shows more and more young people are turning to public apologies to find out about new bands — and which ones to they should burn the merch of — so decreasing the organic reach of everything else will improve the mental health of users.

“We have the hard data to prove no one gives a shit unless you are breaking up or trying to come clean about something in a way that almost no one will accept and will lead to the instant and permanent demise of any music projects you are currently involved in,” he said. “This change may reduce time people spend on Facebook, but it will make that time well spent.”