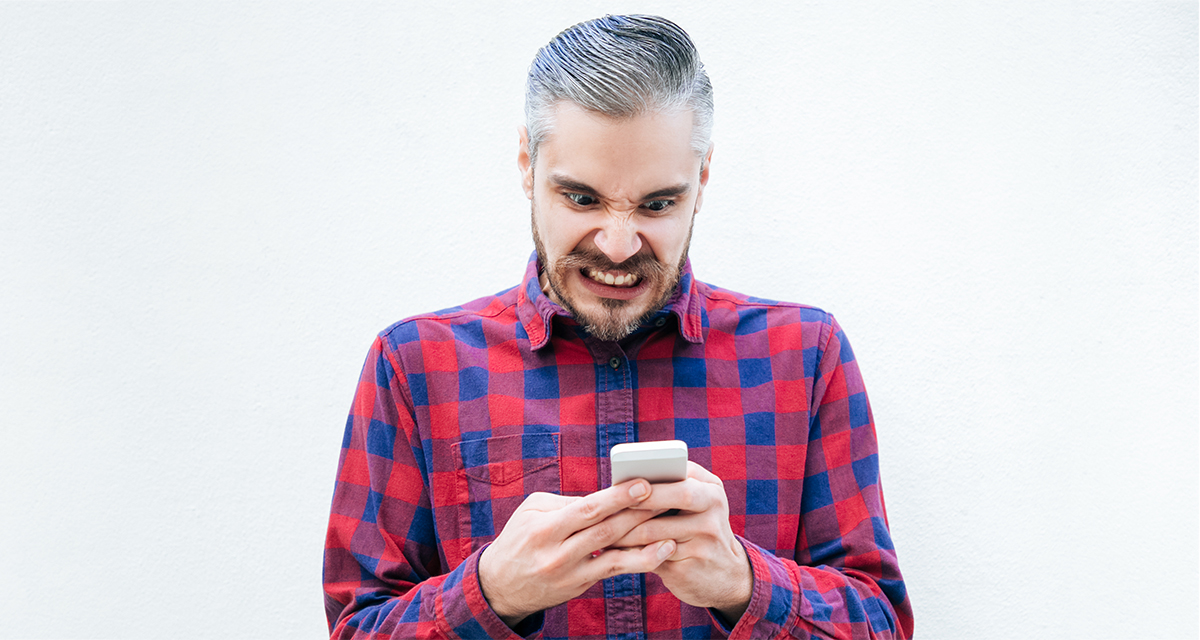 “For the past couple of years I’ve been leaving comments, Tweeting, writing letters, and whatever else, just to let those soul sellouts in Underøath know that I don’t appreciate them turning their backs on Jesus,” said Beckstead while making sure none of his 12 brothers or sisters were using the internet. “I’ve been hate-listening to their newer stuff in hopes I can find a Christian connection. The only reason I’m watching all three of their livestream performances is so I can see them play old stuff and yell, ‘You’re all going to hell!’ as loud as I can while they play.”

Sadly, the band has allegedly grown accustomed to abuse from Christian members of their fan base.

“When we first started, we had a lot of fans who really seemed intent on ‘moshing for Jesus,’ but as we distanced ourselves from organized religion, those same people decided we should all die slow, painful deaths,” said Underøath drummer Aaron Gillespie. “Now that they’re older and they don’t mosh to get their Christian aggression out of their system, they really just spend too much time online posing with their guns. It’s weird.”

Following the livestream, Beckstead announced plans to purchase multiple hours with a variety of cam girls in hopes of bringing them towards Jesus.

This Friday tune into the Underøath livestream and watch them perform ‘Define the Great Line’ in it’s entirety. Click here for access.