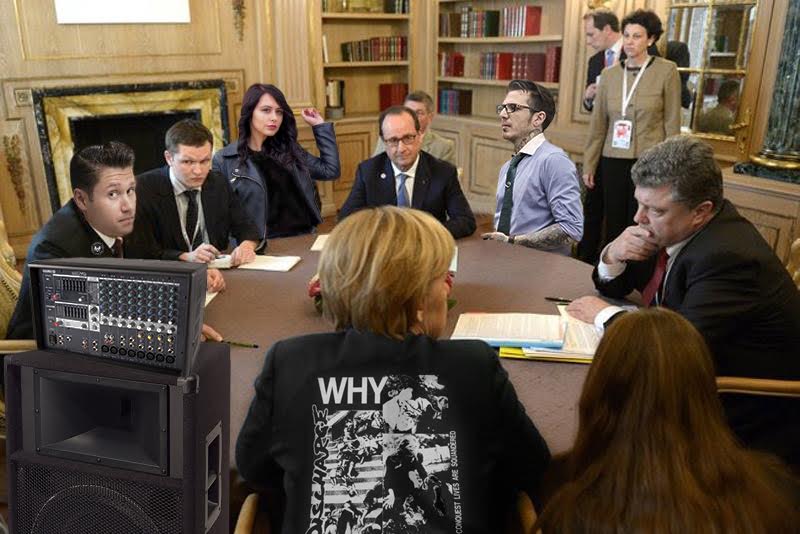 “It’s funny,” says guitarist Allie Metzger, reflecting about the split. “One day, you meet some new people, you realize you have so much in common, and you’re so excited to practice every week. But then you drift apart, you stop practicing, or, worst of all, one of you goes off and starts an emo side project.”

Metzger continued, “Man, I’m just worried about what will happen to that PA if another singer tries to amplify vocals through it. I’m not sure it could handle that.”

Sources familiar with the band speculate the breakup was spurred in part by one particularly disastrous gig, during which the PA ‘acted up’ multiple times, leading band members to apologize to the crowd mid-set. Wasted Truth, however, has issued a collective statement, clarifying that “(our breakup) is not the PA’s fault.”

Despite the gear problems, Wasted Truth’s members all claim to “love the PA very much” and wish to retain it. Drummer Randall Colburn, whose house served as the band’s practice space, claimed, “the PA already stays here, so why should it move? It’s comfortable where it is.”

“Nobody else in the band knows how to take care of the PA,” insisted bassist Sheila Moss. “Randall’s a deadbeat who never gigs and won’t pay for any repairs. This is a man who thinks hitting a malfunctioning PA is the best way to make it work. I would never do such a thing. Would you want someone like that handling your PA?”

The most likely course of action, say observers, is a joint custody agreement where every band member keeps the PA for a few days each week. Such an arrangement could carry significant drawbacks to the PA’s well being, however.

“I can already tell you, the speakers will get worn out from moving around so much,” said Josh Rodin, a long-time roadie who has been with Wasted Truth since the PA was purchased.

Sighing wistfully, Rodin lamented, “It just goes to show you: these things are always hardest on the gear.”