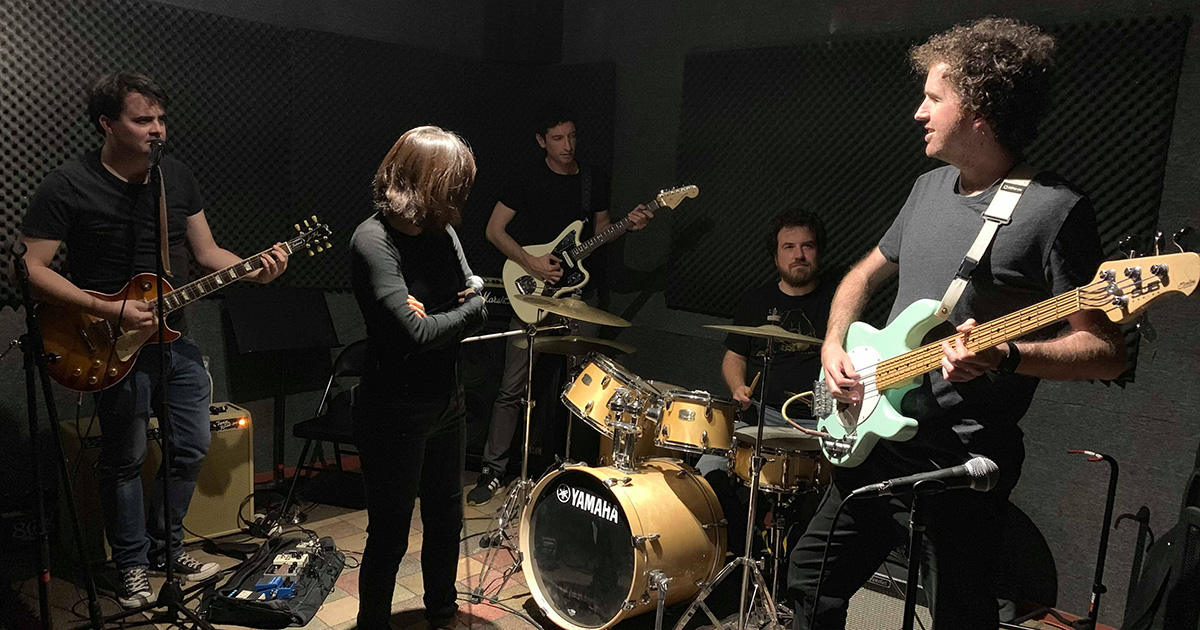 “Our drummer Nirav [Kaur] said he needed to talk to me alone,” said bassist Yasmin Darzi. “I assumed it was about our next show… but instead, he told me he was in the FBI, and needed my help contacting a local anarchist collective that books shows at the old shoe factory. I had no idea — I was sent from Quantico to be in the band for the same purpose back in January.”

Darzi and Kaur’s overnight internal investigation quickly found that every other band member was also employed by the FBI, revealing a number of clues they had all missed.

“You know, it did seem weird when Sten, our guitarist, said his biggest musical influence was Barry Manilow,” Kaur admitted. “He tried to claim it was a joke, and that he really only listens to The Pinkerton Thugs and Aus-Rotten… but everyone in the group was actually very supportive. We’re all Fanilows.”

Members of the local punk community admitted they were suspicious of the quintet from the start.

“I thought the FBI snap backs were worn ironically, but they were the only punk band in town who each asked for sound checks on their body wires,” said local sound guy Marko Ivov. “And their ‘tour van’ was a brand-new, black Chevy Suburban with tinted windows. A tour van without severe smoke damage or mold in the vents is a huge red flag.”

With their mission ongoing, Hidden Rebellion hopes to stay together, but want their own musical sensibilities to inform what they play.