Entire Office’s Periods Sync to Dark Side of the Moon 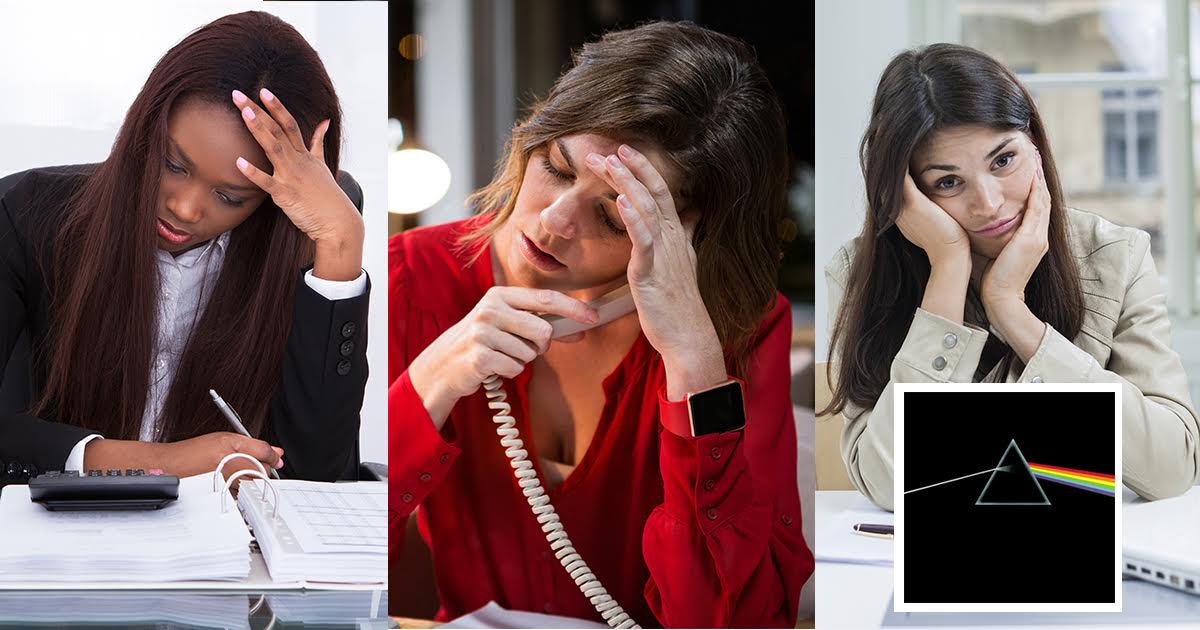 TACOMA, Wash. — Female employees at Crammr App headquarters discovered earlier this week that their respective periods all synced to Pink Floyd’s iconic album Dark Side of the Moon, according to office insiders.

“I was talking to a couple other women during my break — for the last two months, my cycle has only lasted 42 minutes. I don’t usually discuss these things, but I needed to tell someone,” said programmer Robyn Patrick. “But they all said the same thing had happened to them. I’m just glad I’m not alone.”

After Patrick came forward, many more women in the office confirmed their menstrual changes as well.

“The way they described it really stuck with me,” said IT supervisor Melissa Barclay. “It lasts under an hour, but somehow still feels like it’s never going to end. It starts off light, then sort of gets heavy, but not too heavy. And the men in their lives keep telling them they might grow to appreciate it over time… it finally hit me. That’s Dark Side of the Moon.”

Music historian Clancy Rawlings claimed an entire office of women syncing up with the legendary album is merely an urban legend.

“If this is true, then I’m sure it’s just a coincidence and has nothing to do with Pink Floyd,” said Rawlings. “The idea that an entire office could sync their cycles so perfectly is a bit of a stretch. Hey, I wish this could happen. I know I personally would enjoy being so in tune with the moon. But there’s no way.”

“You know, I understand it’s an important album and ground breaking and all that crap,” said Tabitha Jones, another of the first women to come forward. “But I prefer the Syd Barrett era. It may have been short, but Dark Side feels bloated to me. ”

“I understand it’s a lot to take in all at once, but that’s the beauty of Dark Side of the Moon,” replied Patrick. “Thankfully, we get 12 chances a year to soak it in.”