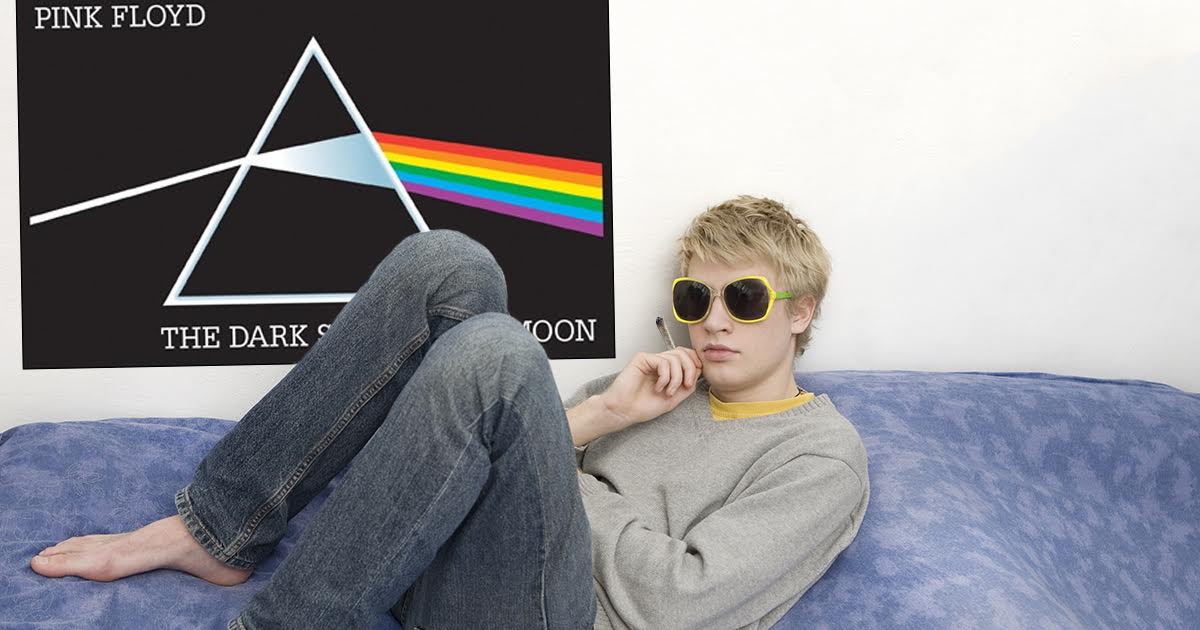 CARBONDALE, Ill. – Southern Illinois University sophomore Dylan Price found “a fantastical concurrence” between the songs of Pink Floyd and the total collapse of his educational and social responsibilities, according to multiple sources.

“At first,” said Price, “I started with the standards — Dark Side Of The Moon with Wizard of Oz, Wish You Were Here with Alice In Wonderland, The Division Bell with Saved By The Bell… then, I noticed some amazing correlations in my real life.”

“Like, if you look at when I listened to Dark Side all day, every day for a month,” he continued with building enthusiasm, “you’ll notice that my grade in History of Western Civilization plummets. Is that freaky or what!? And then… check this out! On the same day I posted my acoustic cover of Burning Bridges on Facebook, my best friend unfriended me. Incredible.”

Price then drew parallels between his essay about Atom Heart Mother and failing English 201, his repetitive rotation of Meddle and his roommate requesting a transfer, and an “ultimate” Pink Floyd mixtape and a wrenching high school breakup.

“This can’t all just be a coincidence,” he said, holding eye contact. “I think Roger Waters planned this somehow.”

Bret Bellman, the SIU junior who regrettably introduced Price to the band, has a different explanation. “That kid is annoying as shit,” said Bellman. “Suddenly he thinks he knows more about Floyd than I do. ‘Hey, Bret? Did you know it’s the band’s roadie doing sound effects for Alan’s Psychedelic Breakfast… and his name was actually Alan?!’ Yeah, Dylan, I did. Jesus.”

Dr. Warren Hoyt, Price’s political science professor, said, “When he didn’t turn in his paper on libertarian socialism, he told me he forgot because the movie The Wall really, ‘messed with his perspective.’”

Reports show Price will not return to SIU next semester, instead living with his parents and working at Chili’s.  “Weird thing is,” Price said when asked for comment, “I was listening to What Do You Want From Me in my car right before I got written up for being late for my shift.” He then put his fingertips to his temples and made an explosion noise.