Emo English Teacher Reminds Class That It’s “Cute Without the E, Except After C” 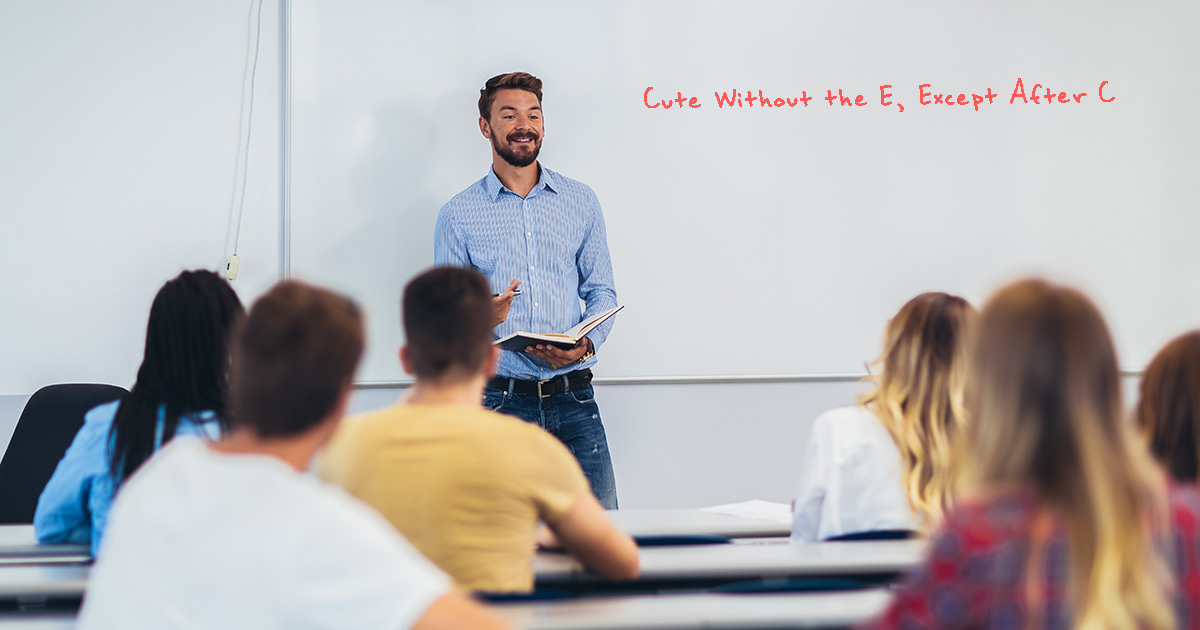 “This will definitely be on the test on Thursday,” Grating told his students while swinging a dry erase marker tied to a rope over his head before catching it in his right hand and writing the phrase on the whiteboard. “The most effective way to learn the English language is through mnemonic devices like this one, while completely ignoring the countless amount of exceptions and special cases that ultimately go against it. And the best way to engage a class is through the use of pop culture references. Kids today like emo from 20 years ago, right? I certainly make damn sure my kids do.”

Students, however, are struggling to learn through such unorthodox teaching methods.

“Why do I even need to learn spelling anyway? That’s literally what autocorrect is for,” said student Natalie Borgman before stumbling onto Grating’s old Makeoutclub profile unlocking dozens of his early-2000s pursed lip selfies taken on a Sony Cyber-Shot U. “English is easily the most useless topic at school. My older brother got a Bachelor’s degree in it, and he’s been jobless and living with our parents for years. If anything, it’s a life ruiner.”

Experts have long documented the relationship between language and music.

“The English language and emo genre actually have a lot in common, because both are wildly inconsistent,” said linguist and music history hobbyist Jenny Flattenery. “For one, the English alphabet has five for-sure vowels, and then there’s ‘sometimes Y,’ which is just like this sixth vowel that comes and goes whenever it pleases, and no one quite knows why. Then there’s emo, which has lyrics that are exclusively about friends and girlfriends who have betrayed them, while the whole time they’re grooming underage girls and mentally abusing their partners and friends. Can either get a clue?”

During Grating’s most recent class, students were visibly frustrated by a history lesson comparing the Civil War battles between the Union and Confederates with the “almost equally historical” rivalry between Brand New and Taking Back Sunday in the early 2000s.