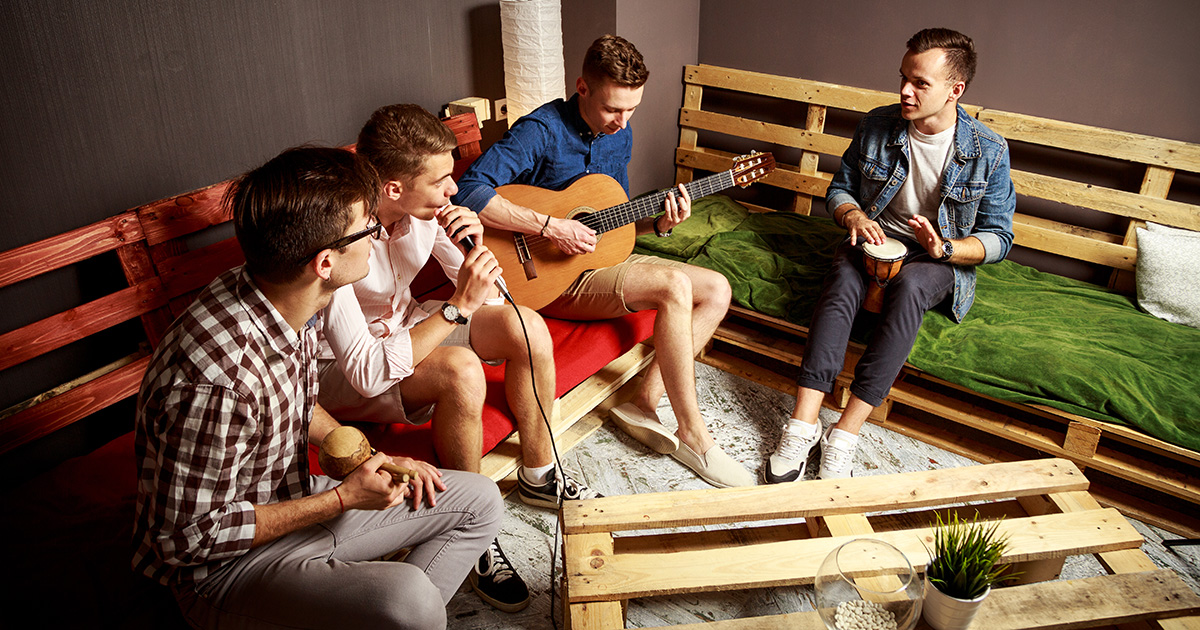 DENTON, Texas — Emo punks Racquetball held a press conference last night to announce that they have never played the sport their band is named after, confirming that one of the most damning rumors about them was rooted in truth all along.

“We are sorry for any harm we may have caused,” Racquetball drummer Tyson Briggs read from an official statement. “We only named our band Racquetball to scare off any jocks that might want to beat us up — we thought, if we looked like we enjoyed sports, they might leave us alone. But it looks like we may have been the real bullies all along.”

Suspicions arose after a recent interview, in which a confused reporter asked bassist John Warren about his last match.

“I was kinda put on the spot… and I just panicked,” explained Warren. “I should have just corrected her, but instead, I said something about daily doubles. It got really outta hand from there.”

The revelation set off a chain reaction of accusations and defensive rebuttals across the emo, pop-punk, and indie communities.

“Within hours, public declarations of real, actual sports playing have come from such bands as Ice Hockey, Badminton, Chinese Football, Yellowcard, Live Tetherball Tonight, Family Volleyball, Tennis, Remember Sports, and American Football,” said criminal prosecutor Shailene Fink. “However, some rebuttals have already been undermined — as in the case of The People vs. Mike Kinsella, which stemmed from a sheepish offering of ‘Tetris’ when asked for an alternative name for a football.”

“We should have known all along,” said longtime fan Elsa Foster. “Athletes are usually in good shape, but they are way too scrawny to play any sport. And they don’t seem to own any athletic wear… unless racquetball players compete in argyle.”

Despite the sensitive nature of the announcement, a number of bands from outside the emo scene used this as an opportunity to promote themselves: most notably when a photo of seven gigantic burritos was posted to the Diarrhea Planet Instagram with the caption, “Living up to our name once again.”