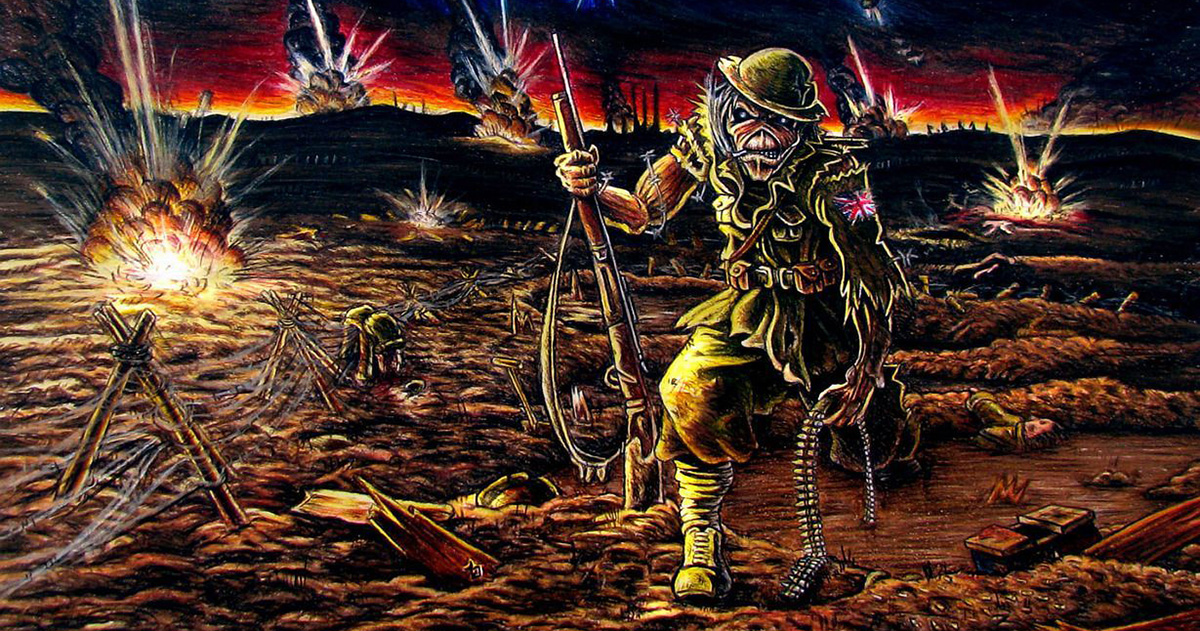 “I’m grateful for the stuff Maiden has allowed me to do and all,” said Eddie while bracing himself to jump an ancient pre-Aztec temple on a motorcycle. “But sometimes I just wish I could do some stuff a bit more…..tame. Couldn’t they maybe write a song or album title about soaking up the rays on a beach in Cancun instead? When we were doing the cover for ‘Somewhere In Time,’ did you think I’d be able to see some of the architecture or culture of Venice in the future? Nope. I had to stand there menacingly in the street with a laser. Do you know how dangerous future cops are? I think I’ve earned a break is all.”

“I thought Eddie loved being strapped into a straight jacket or getting lit on fire,” said Harris. “Maiden has a certain reputation to uphold. I do understand that as we get older, the need for downtime becomes increasingly important, so the rest of the band and I have gotten together to speak about Ed’s concerns. Maybe after our next big record which will have Eddie tight rope walking over a volcano, and the single that will have him storming a landmine ridden beach, we’ll consider letting the ol’ guy kick his feet up and sip some wine on a far off alien planet with flaming ghost robots patrolling the streets or something.”

Licensed therapist and expert on the emotional health of band mascots, Geraldine Lopez, has worked with many metal mascots over the years.

“I believe Edward’s concerns are more than valid,” said Lopez. “It would do bands a lot of good to be more mindful of their mascot’s wishes, especially ones that have had so much asked of them. The famous Misfits mascot, Crimson Ghost, came to me expressing his desire to just once be able to shake off the long robe and maybe go rollerblading or something. Years of being locked up in dungeons and being slapped on shameless merchandise would take a toll on anyone, regardless of image or sound.”

At press time, Bruce Dickenson pitched the idea to have Eddie fencing with Satan on the wing of his 747 for an upcoming photo promoting the band’s scented candles.