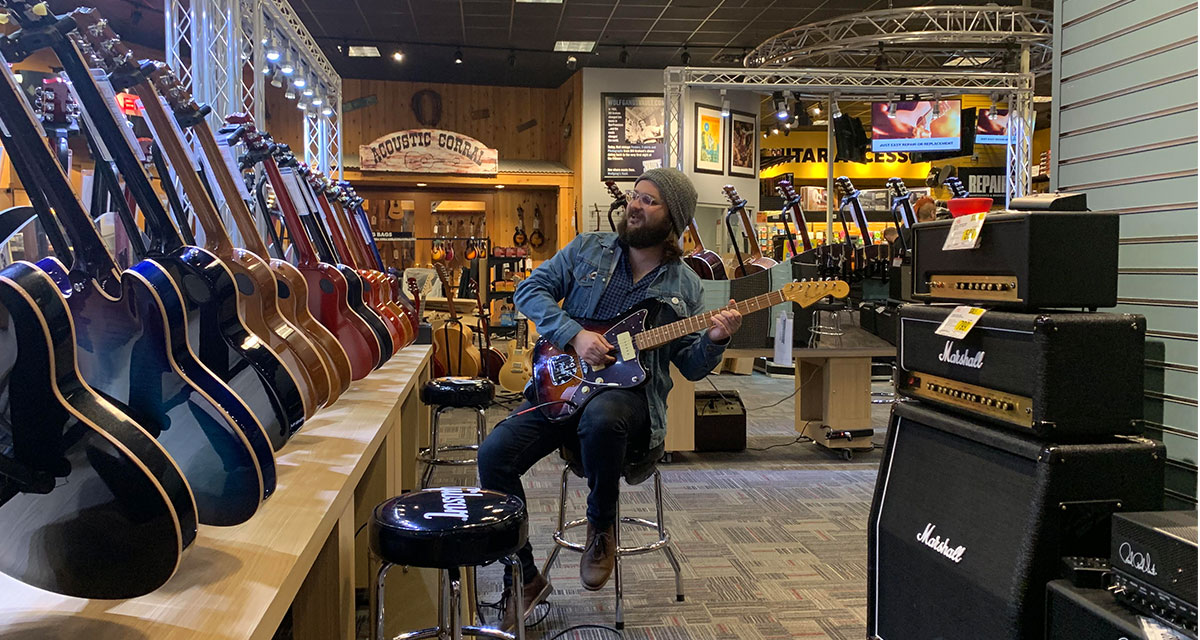 PARAMUS, N.J. — Musician Dan Beck has been repeatedly playing the same part of the Pavement song “Silence Kid” in a local Guitar Center throughout the day, hoping someone will eventually recognize it and maybe even play along, sources “quite sick of this shit” confirmed.

“I honestly have no idea what this dude is trying to play. I don’t know if he wrote the song or what, but it’s getting old,” said exasperated Guitar Center employee Erin Sweeny. “I heard him make fun of another customer playing ‘Sweet Child O’ Mine,’ saying it was so ‘typical.’ But he keeps playing this riff and looking around to see if anyone recognizes it so they can… high-five and laugh at everyone else together, I guess?”

Beck has allegedly looped the same four opening bars of “Silence Kid” with one foot atop an Orange amp, supporting the stratocaster knock-off he was “just trying out to see how it feels,” for eight hours and counting. Employees are reportedly considering asking him politely to leave so they can close the store, even though they will still be open until 9 p.m.

“I don’t need the validation like these other dweebs in here trying to show off,” said Beck, attempting to feign disinterest. “I’m more testing to see if they recognize it. All these posers working here, they don’t even know real music. Dude, Stephen Malkmus would be turning over in his grave, even though he’s still alive, if he saw this sad display.”

“The last thing I need is some guy knowing I recognize a Pavement song,” said Sadler as she slowly made her way to the employee break room. “If I give him so much as a knowing head nod, it opens me up to getting quizzed about the band’s back story, and eventually him finding me on Instagram and sending me increasingly violent DMs. I learned to not engage after the time I told one customer I liked his Hum shirt.”

At press time, Beck was seen at a nearby bus stop wearing headphones and air-drumming along to Dinosaur Jr.’s “Feel the Pain” while silently judging everyone who walked by without acknowledging how spot-on he was.