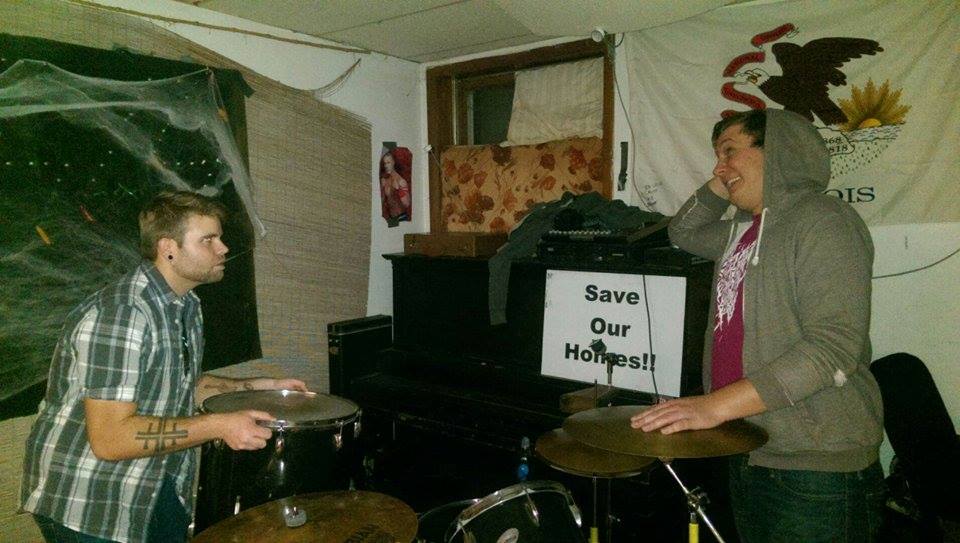 JAMAICA PLAIN, Mass. – Silver-tongued punk Victor Gross resorted to complimenting a band he genuinely hated in hopes it would help his chances in procuring the drum set he desperately needed to borrow, witnesses confirmed.

“You guys were super tight. I was mad into it, bro,” Gross reportedly said multiple times before casually asking to borrow the gear of Sean Fitzpatrick of opening band Beat It. “Do you mind if I play around on those bad boys for our set? I don’t know if I can rip as hard as you, but I will try.”

In a textbook display of manipulation, Gross even referred to Fitzpatrick, a complete stranger, as “brother” numerous times throughout their exchange until Fitzpatrick reluctantly agreed to the exchange.

“I should have known this was coming when I saw the band pull up in an Acura. The dude spent our whole set trying to make eye contact with me. When he walked over, I knew I was in for a treat,” said Fitzpatrick. “What kind of jackass doesn’t bring a kit to a show they’re headlining?”

Gross bragged about his ability to grift other musicians into lending out their gear.

“Dude! What an idiot. His band sounded like they were all playing different songs at once. I can’t believe he actually fell for the old ‘your band ripped’ routine,” said Gross of his act of blatant avarice. “I left my kit in my basement. It’s only four miles away, but it takes, like, eight minutes to break [my kit] down. I don’t have time for that sort of bullshit.”

Fitzpatrick reportedly looked on in horror as Gross completely mistreated and damaged the borrowed gear over the span of his band’s 24-minute set.

“After every song, he would get up and kick the toms over and scream about Lord-knows-what. He picked up a cymbal stand and threw it like a javelin straight into the wall for no apparent reason,” said Fitzpatrick, examining his brutalized kit.

“It just sucks. I borrowed these drums from the butt-rock band we share a practice space with. I’m not looking forward to explaining what happened,” added Fitzpatrick.