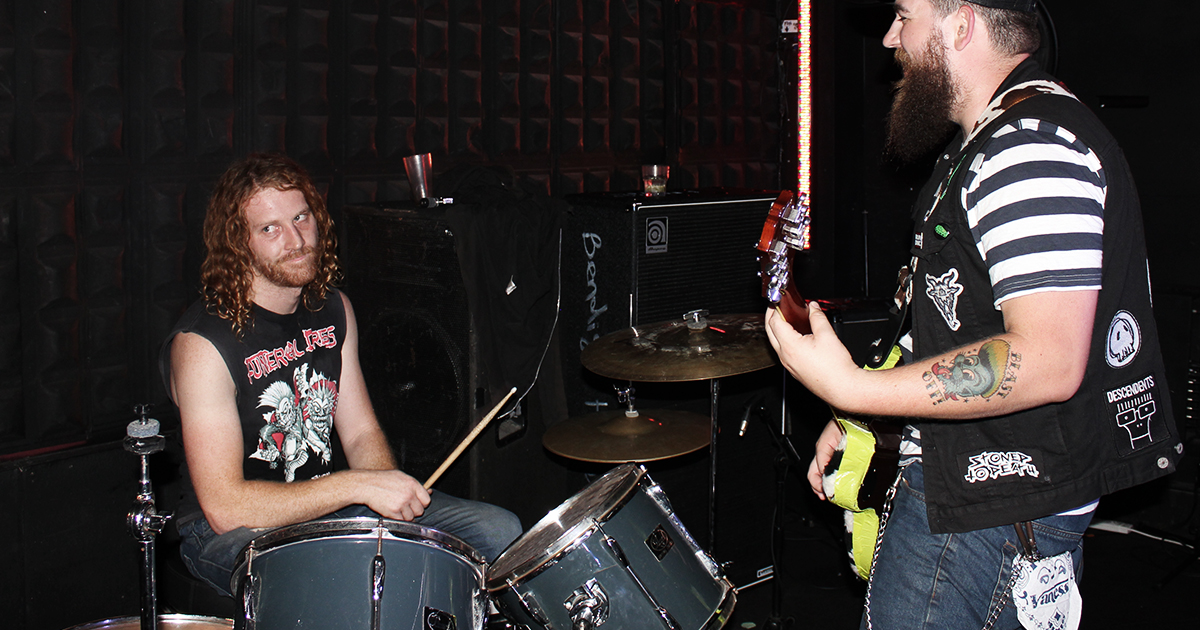 “Dude, we were only at the first chorus of the opening song, and Charlie was already turning away from the crowd, just staring me in the face with his dopey-looking eyes,” said Smith between songs. “This is a thing he does, I guess. Is he looking for timing cues or something? I know for a fact he was kicked out of Night Raider because their drummer couldn’t take it anymore. Shit, I’m about at my breaking point already. Honestly, it might not be so bad if he’d just stop licking his lips.”

Smith, who complained to his other bandmates of Palone’s antics, claimed his concerns were dismissed. However, trying to solve the problem on his own mid-set hasn’t seemed to work, either.

“When I tried to speak to him about it, he just replied with some weird shit about ‘polishing my drumsticks in the van.’ I’m starting to think he’s actively trying to initiate eye contact — he always walks to where my line of sight is,” said Smith. “The other guys don’t get it because they can move around, but I’m stuck behind the drums with nowhere to go.”

Meanwhile, after staring at Palone’s sweat-stained back through three songs, audience members began to wonder why Palone refused to face them.

“At first, my feelings were kind of hurt, to be honest. I thought he might think we’re an ugly audience,” said showgoer Margie Mendoza. “But the drummer and guitar player obviously have some sort of cat-and-mouse thing going on. The more I focused on it, the more uncomfortable I got.”

“After his solo in ‘Big Jug Hunter,’ he climbed over my bass drum and was full-on thrusting his pelvis in my face,” said Smith. “I am a professional, so I worked around him the best I could, but I can promise there’s not going to be an encore. [Palone] is wearing breakaway pants, and I really don’t know what could happen if I get back on stage with him.”