Dropkick Murphys Chained Up in Basement Until Next St. Patrick’s Day 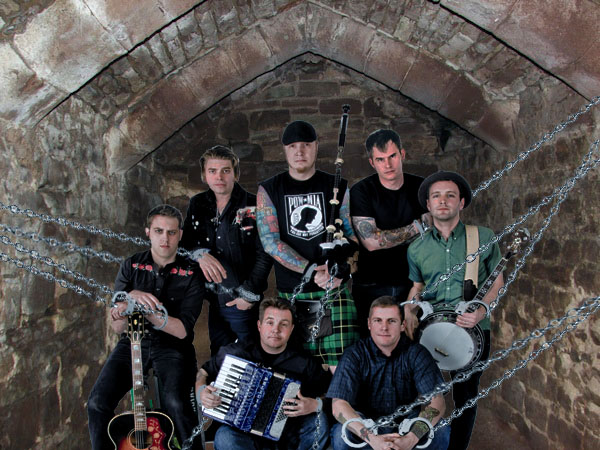 BOSTON – After playing multiple sold-out concerts at The House of Blues on Lansdowne Street this past week, Irish-themed musical groups Flogging Molly and Dropkick Murphys returned to a makeshift dungeon off Commonwealth Avenue, where they will wait until next year’s St. Patrick’s Day festivities.

The two bands, who by all accounts exist exclusively to play on St. Patrick’s Day, surprisingly don’t mind that they spend 364 days a year in shackles inside of a poorly-lit basement, being fed corned beef and cabbage through a hole in a steel-plated door by a mysterious figure, who they call “The Leprechaun”.

“It really isn’t bad,” Flogging Molly accordionist Matt Hensley said. “I used to be a professional skateboarder and I traveled the world, so I have seen it all. I was really burnt out on the constant touring. I’d much rather play music that sort of sounds like it could be from Ireland for one day a year, while spending the rest of my time on a dirty concrete floor – and the lack of sunlight down here keeps us real pale and looking authentically Irish.”

Dropkick Murphys bassist Ken Casey agrees with the arrangements. “I mean, what else are we supposed to do? Play shows that aren’t on St. Patrick’s Day? How would that make any sense? This is the only time of year people even talk about us.”

Cathal O’Leary, President of the Irish in America Marketing Coalition, weighed in on the decision to keep the bands hidden in a dank basement.

“We need to keep people interested in these Irish gimmicks. If you had the Shamrock Shake year round, you would be disgusted by the thought of a green milkshake. We keep these guys locked up for the same reason you don’t play Christmas music in July,” O’Leary said.

The Hard Times reached out to fans for comment, but field correspondents were only able to make out the phrases “Go Sox!” and “Boston Strong!” beneath the indecipherable drunken blather.