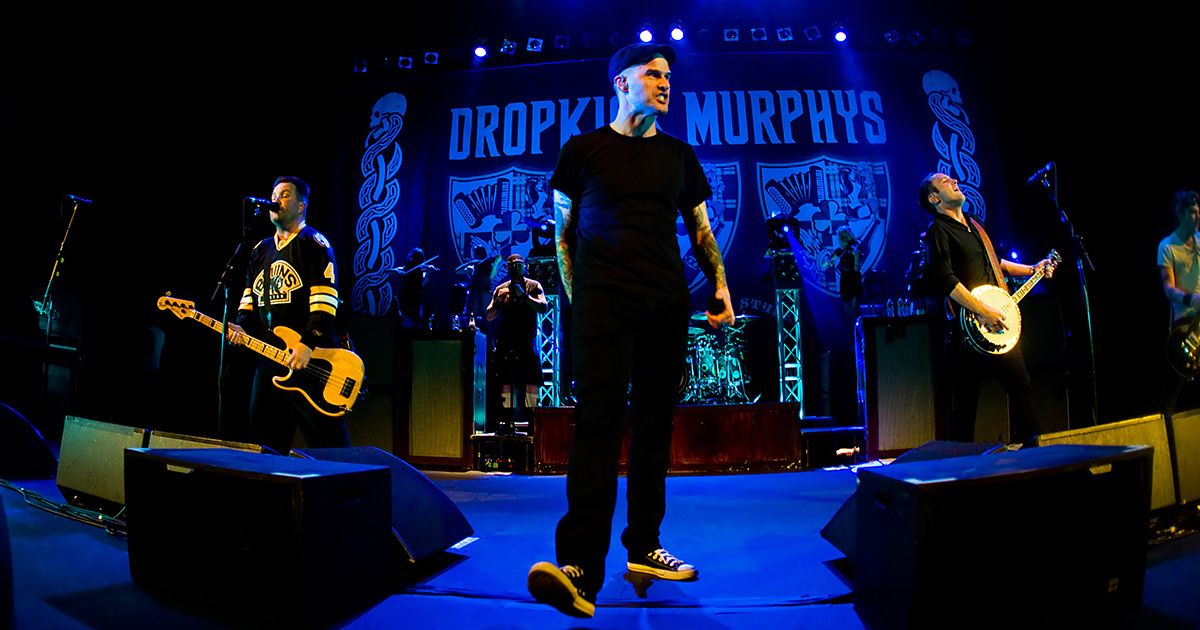 BOSTON — Celtic punk stalwarts Dropkick Murphys settled their debts today after receiving payment for their increased Spotify plays leading up to St. Patrick’s Day, according to multiple sources to whom the band owed money.

“I love those guys to death, but it’s the same song and dance every single year,” lamented Kevin Kelly, the band’s landlord and father of drummer Matt Kelly. “I’m just glad the check cleared before they showed up with yet another band member. We’re running out of couch space… and someone keeps drinking all of my beer.”

“This never used to happen back in the day — tours and merch sales would carry us through the year. But they get so excited whenever a check comes now that they overextend themselves,” said Castelaz. “Last year, they bought these ridiculous monogrammed kilts to wear to a friend’s wedding… but now refuse to wear them again. What am I supposed to do? Try to sell these things to Flogging Molly?”

“Yeah, when summer rolls around, we really live it up,” confirmed Barr. “A few years ago, we added all these gold shamrocks to the bagpipes, and then Ken [Casey] paid the cast of Cheers to hang out at James [Lynch]’s birthday party. But by mid-November, we were tapped out — I had to get a new credit card just to buy more black jeans and scally caps.”

“Not even a World Series win from the Red Sox and the shit-ton of people streaming ‘Tessie’ made a dent that year,” he added. “Thank God for March, bro.”

“We learned our lesson the first year: the March payout from ‘Kiss Me, I’m Shitfaced’ alone was bad enough. And don’t get me started on ‘Shipping Up To Boston,’” said Johansson. “It nearly bankrupted us — it sure ruined our quarter. We’re always so grateful for April, when everyone basically forgets the band exists.”

For his part, Castelaz has been pursuing other income opportunities for the Dropkicks.

“Scorsese’s next film is literally called The Irishman. If I can’t get a song on that soundtrack… Jesus Christ, I’ll probably get fired,” said Castelaz. “And they’d be right to do it! If I could only get them to cover ‘Gimme Shelter,’ I know we’d be OK.”