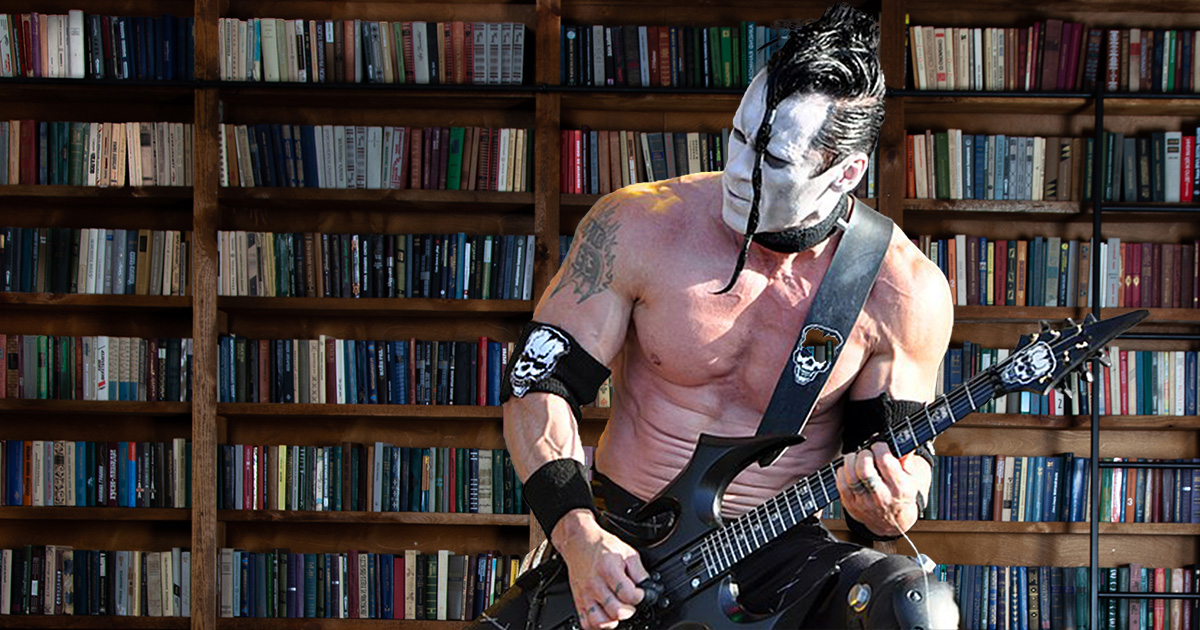 “In my MasterClass, you’ll learn power chords on both the E string and the less commonly used A string,” said Wolfgang von Frankenstein. “And that’s pretty much it. If I have to play a solo, I just bend the shit out of a random note and tremolo pick it; if the music is really moving me, I’ll punch the strings a bunch of times and people go nuts.”

“MasterClass said my lesson wasn’t quite long enough, so we added a second chapter about giving yourself the perfect devilock,” he added. “But really, all you do is grow your hair long in the middle, goop a bunch of hair gel into your hands, and smear it all forward. Oops… I guess you just don’t need to pay for the class now.”

Guitar students worldwide jumped at the chance to learn from a guitar legend.

“The Misfits are the reason I picked up a guitar. I’ll never forget the feeling of, ‘That’s it?’ that I felt when I mastered ‘We Are 138’ on my first day,” said intermediate guitarist Sara Henle. “So I had to sign up for MasterClass to learn more from my idol. All things considered, I want my $90 back. He doesn’t even teach a song — he shows four power chords and says, ‘Just combine these in different orders, and that’s most Misfits songs.’ There was a bonus video where he just lifted weights for 45 minutes: no music, no talking, just the weights.”

“I noticed that most of MasterClass’ topics were a bit highbrow and stuffy, and I thought, ‘Hey, we can be punk as frick, too,’” said Rogier, wearing a “Never Mind the Bollocks” shirt under a tweed wool blazer. “We had such a great reaction to our 45-second DEADMAU5 class where he taught people to make electronic music that we knew fans would react just as highly to this guitar lesson.”

MasterClass will reportedly expand their punk section to include classes with Henry Rollins on how to regulate your breathing so you can talk for 55 hours in a row, as well as one with NOFX’s Fat Mike on how to say wildly offensive things during on-stage banter that should get you canceled but somehow don’t.