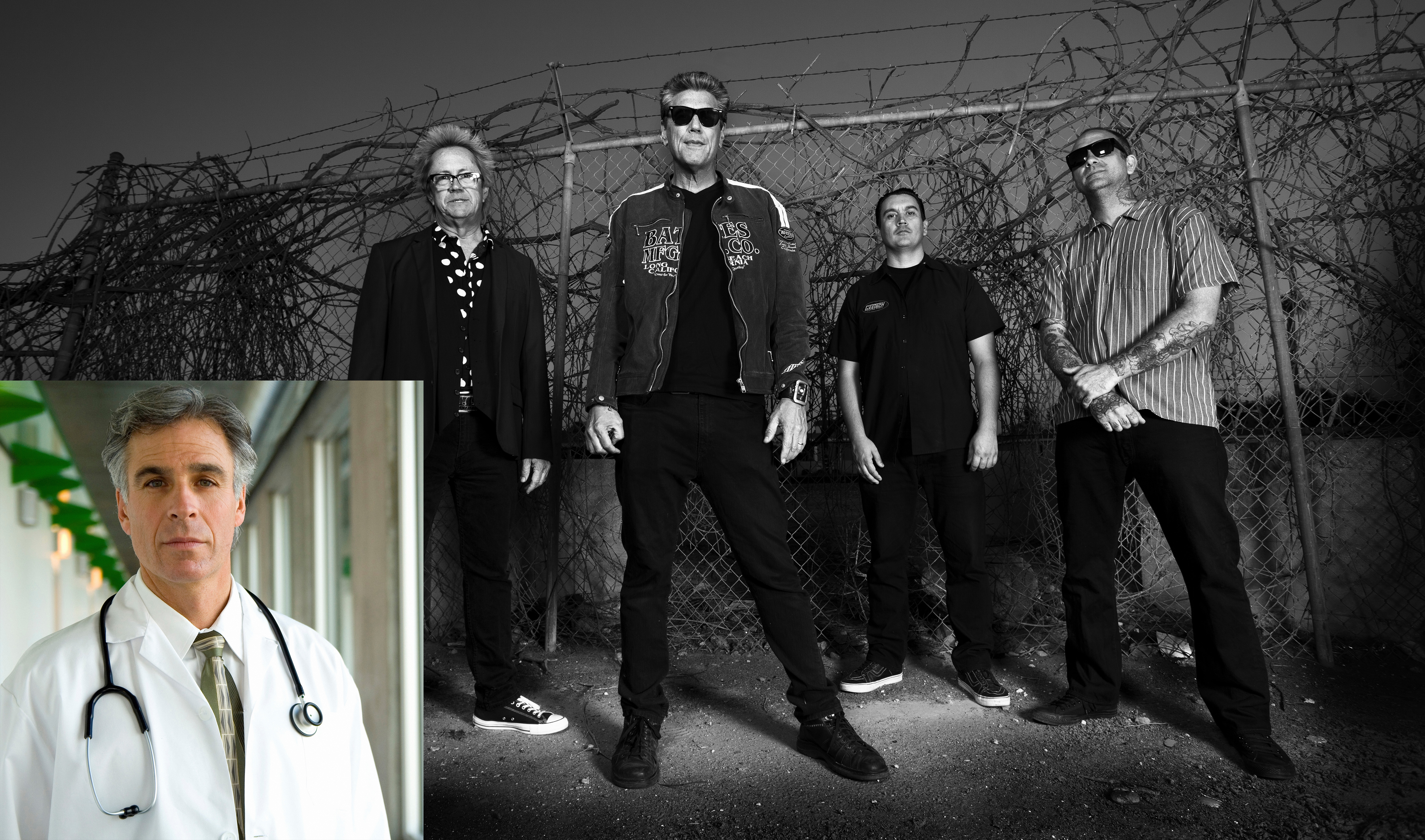 CERRITOS, Calif. — Guitarist Mike Magrann of the seminal ’80s punk group Channel 3 faced a stern warning from his doctor yesterday that bands with careers spanning over 30 years are considered abnormal, and cause for alarm.

According to sources close to the band, Magrann visited primary care physician Dr. Matthew Belmont for a routine check-up, at one point making an offhand remark about the extended nature of his band, and their upcoming full-length record.

Belmont, only himself in his 19th year of medical practice, advised Magrann that bands lasting such a lengthy period of time were uncommon, and may necessitate treatment down the road — often in the form of wanting to start a family, desiring to complete a master’s degree, or feeling a sudden urge to fuck everyone else over and finally hit it solo.

“Frankly, 37 years isn’t the sort of thing you see very often,” Belmont said. “Of course, I can’t divulge too many specifics regarding the patient, but suffice it to say, releasing an album at this stage without any discomfort is uncommon. Usually it’s accompanied by symptoms such as complaining about ‘the road,’ or some sort of devastating gambling debt compelling one or all of the members forward.”

Magrann, however, remained confident in the band’s tenure.

“The guy knows his stuff when it comes to tongue depressors and prostate exams, I’ll give him that,” the vocalist and songwriter said. “But the record speaks for itself. Three decades down and we’re playing like it was day one. And a lotta guys my age can’t say the same, if you know what I mean.”

Channel 3, set to play a series of concerts and festivals to accompany the August release, garnered some criticism from musicians unable to replicate their longevity.

“There’s no way they’re not using some sort of enhancement or supplement,” Mick Ortiz, vocalist for the now-defunct Badditudes, said. “Sure, I’ve been in awkward situations before where a band only lasts a demo, and maybe a few shows on top of that. But so what? It happens to everyone at least once.”