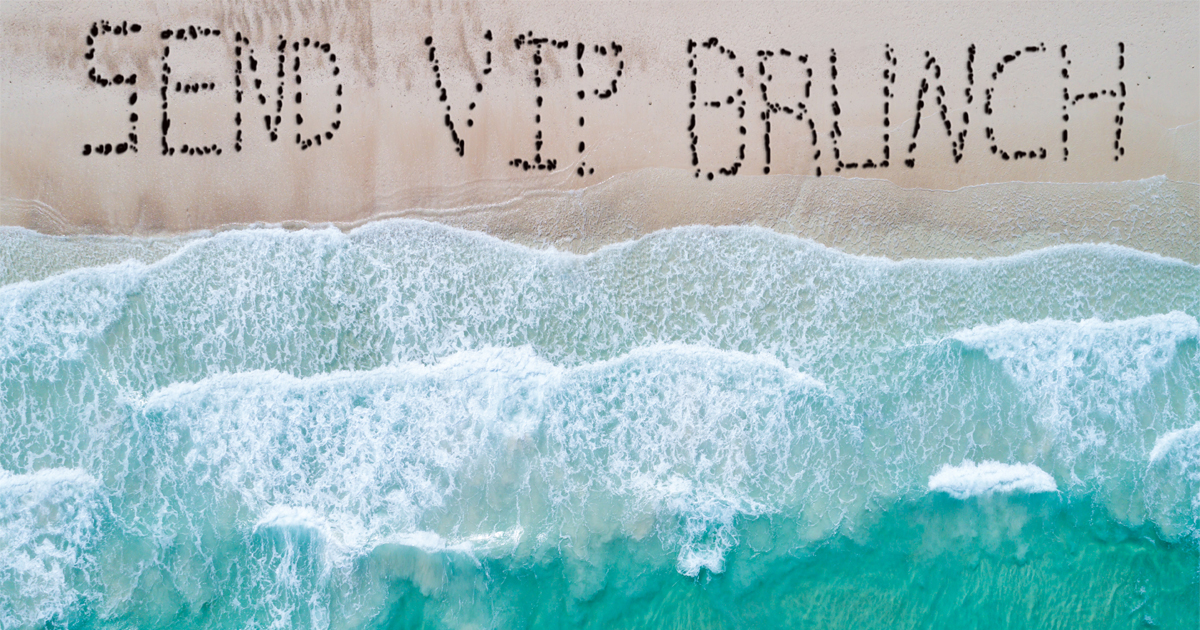 ISLAND OF THE EXUMAS, Bahamas — A group of stranded attendees at the inaugural Fyre Festival spelled out “SEND VIP BRUNCH” on the beach using stones found during the event’s dramatic collapse, aerial photos confirmed.

The Bahamas Air Sea Rescue Association, charged with monitoring the situation, said in a statement earlier today that the message was made by a group one helicopter pilot described as “a pasty, emaciated group wearing bikinis, Apple Watches, and Fitbits.”

Various promotional materials detailing the lavish festival’s features had made mention of “music, hotels, private docks, and beach yoga [both hot and cold],” and promised catered brunch by several Netflix documentary-featured chefs. But attendees noted the brunch missed the luxurious detail they felt they were promised, citing lackluster omelets, blintzes, and an eggs benedict with “a hollandaise that was, frankly, uninspired,” remarked one patron via Instagram.

“It’s been Hell, bro,” said Preston Gallagher, a first-year lawyer at his father’s firm in charge of assembling the aerial message’s vowels. “Remember that episode of Entourage where they went to Bermuda or whatever? We thought it was gonna be like that, with the pancakes and everything. But this is bullshit!”

Ja Rule, one of Fyre’s high-profile organizers, expressed regret for the state of the festival, while deflecting blame for the “bogus-ass breakfasts” being served.

“I don’t know how everything went so left, but I’m working to make it right with refunds,” the rapper said. “I truly apologize, but this is NOT MY FAULT. The lox served with those bagels was frozen and not up to par, and I know y’all deserve better than that.”

Potential festival goers have already begun using Fyre Festival as a warning against other luxury musical events. Organizers for Master P’s Soulja Fest, set to take place on the deserted island of Palmyra Atoll, 1,000 miles south of Hawaii, have reported dismal ticket sales despite its all-star lineup which features the likes of Sum-41 and an acoustic set by Carson Daly.