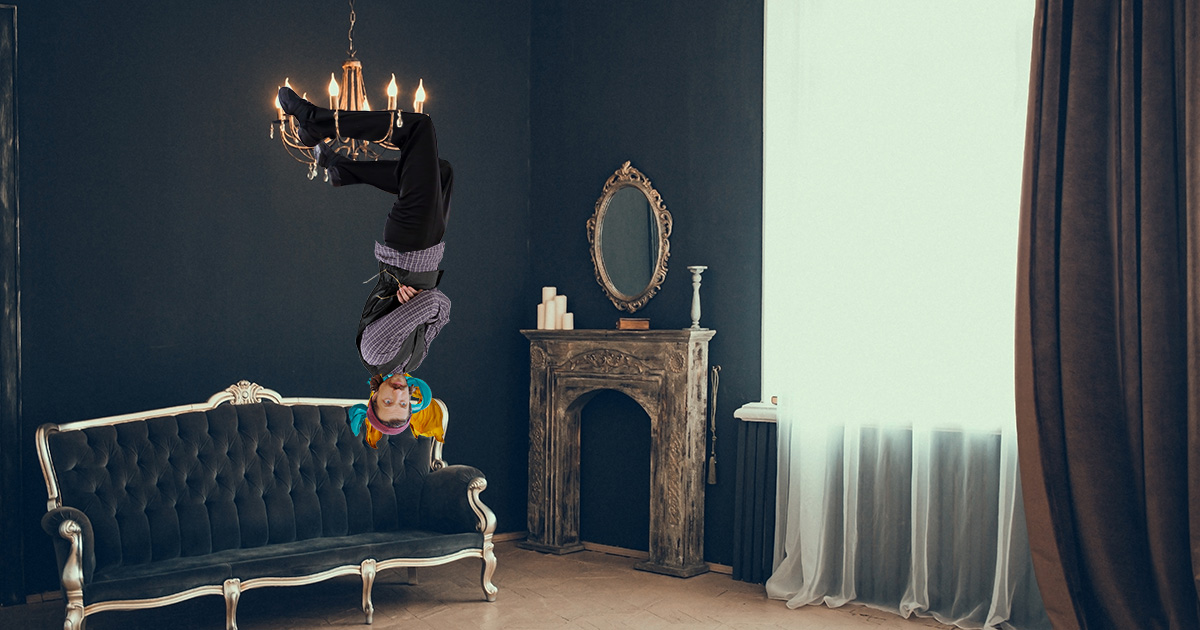 “Sure, he has his ups and downs… but I’ve never seen Gene like this,” admitted bandmate and violinist Sergey Ryabtsev. “Honestly, it was one of the saddest things I’ve ever seen — a grown man, layered in scarves, vests, and old timey watches stuffed in every pocket, dangling with a giant frown on his face from a chandelier, until it came to a dead stop. He just hung there, looking down at the floor for about 30 seconds before slinking off it. Usually he goes absolutely nuts on our European tours… but lately, he stays in the hotel and reads Sylvia Plath.”

Madame Ulyana Doroshenko, proprietor of the Obolon Hive brothel, grew concerned about Hütz and his complete lack of enthusiasm.

“Eugene used to drink Khortytsia by the bottle, gleefully biting the cap off and pouring it in the mouths of anyone nearby,” recalled Madame Doroshenko. “But today, he sat at the bar, ordered a Perrier, and nibbled on complimentary peanuts. He didn’t flip one table over… and he’s usually good for at least three table flips. It really killed the whole vibe.”

When asked for comment, Hütz let out a hearty sigh and shrugged before admitting something was wrong.

“It’s like… I don’t know. There’s no one big thing that’s wrong, but it feels like every aspect of my life is a little off,” admitted Hütz, adopting a hushed American accent. “I’ve been chasing pleasure for so long, I never learned how to just sit in my feelings. I need to go journal.”

Diehard fans admitted they have also noticed a change in Hütz through his music.

“Gogol Bordello just released a single featuring Sufjan Stevens and produced by Bon Iver, which was a huge red flag,” said fan Kayla Wilkenson. “It might as well be an entirely different band. [The single] is mainly just Eugene and Sufjan weepily whispering about softly touching someone’s palm over a muted string section. A real far cry from ‘Think Locally, Fuck Globally.’”

At press time, Hütz was last seen in the corner of the brothel, hunched over his phone and tweeting for his followers to “…send pics of your doggos plz. Having a rough day.”