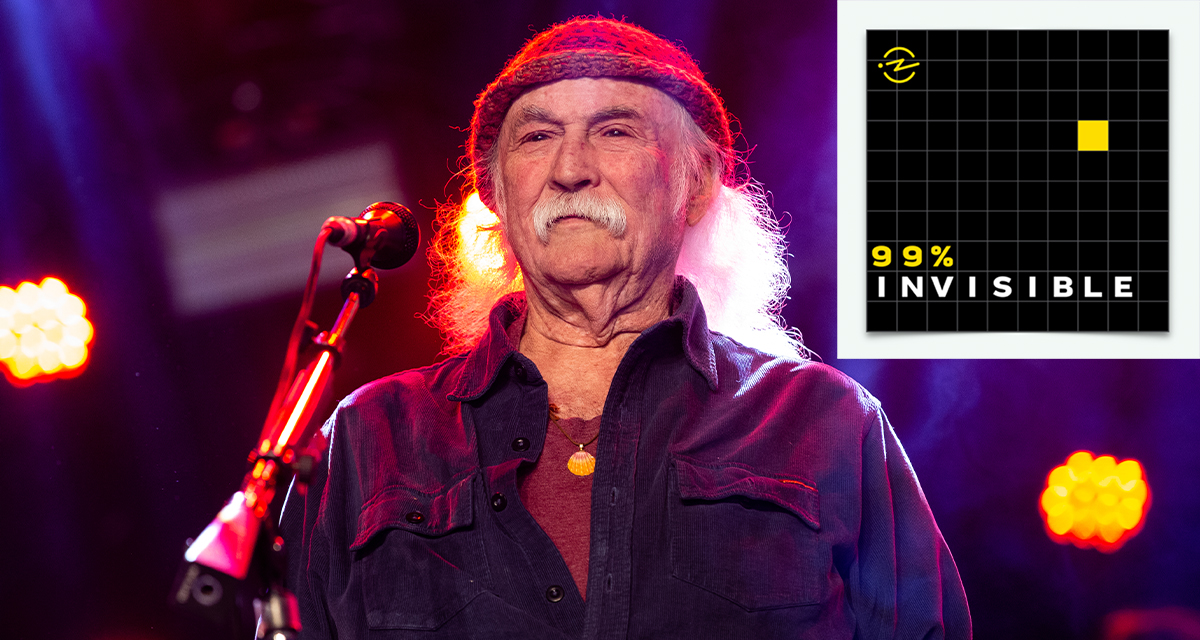 LOS ANGELES — Legendary folk rock musician David Crosby has inexplicably demanded in an open letter released this morning that streaming giant Spotify choose between him and the 99% Invisible podcast.

“I am doing this because Spotify is acting in bad faith by hosting both my music and 99% Invisible,” Crosby wrote in his open letter. “They can have the various albums I have recorded with Stephen Stills, Graham Nash and Neil Young, or the ones with just me and Graham, or the ones from my jazz rock project with my son, and I also think I have some solo albums. It can be hard to keep straight. By forcing me to share a platform with 99% Invisible and their potentially dangerous examinations of overlooked aspects of design and architecture, they put me in the untenable position of drawing a moral line. Ball’s in your court, Spotify.”

Roman Mars, the host, producer and creator of 99% Invisible, was as confused as anyone else upon reading the statement.

“I really don’t know what we’ve done to provoke Mr. Crosby,” said Mars while scrolling through back episodes for any hints. “We pretty much discuss things like how the Superman logo was redesigned from a police badge or what makes The Chrysler Building an icon of American architecture. I don’t think we’ve ever mentioned David Crosby on air. Or even anything having to do with anything he might care about. But frankly, that guy once left a loaded gun, a bunch of knives and like an ounce of weed in a hotel, then just casually strolled back for it, so I don’t want to get on his bad side.”

Spotify Vice President in Charge of Public Relations Alessandra Bird did not have an immediate answer for what the company would do.

“Okay, I’ll be honest,” said Bird. “This caught us all off guard. Here at Spotify, we’re pretty used to defending the incredibly low royalty rates we pay to musicians, and our tacit support of white supremacist political movements by hosting their podcasts. We have a whole playbook for what to do about that. We respect David Crosby’s incredible body of musical work and contributions to rock music, and we also are pleased to promote educational and entertaining shows like 99% Invisible. We hope to be able to settle this amicably. We’re sure Mr. Crosby will miss the twenty-seven cents he draws in each month from streaming royalties.”

As of press time, Graham Nash was sitting quietly in his living room, bothering no one.