Dave Mustaine & Judy Blume Co-Write Young Adult Novel “Are You There Me? It’s Me Again” 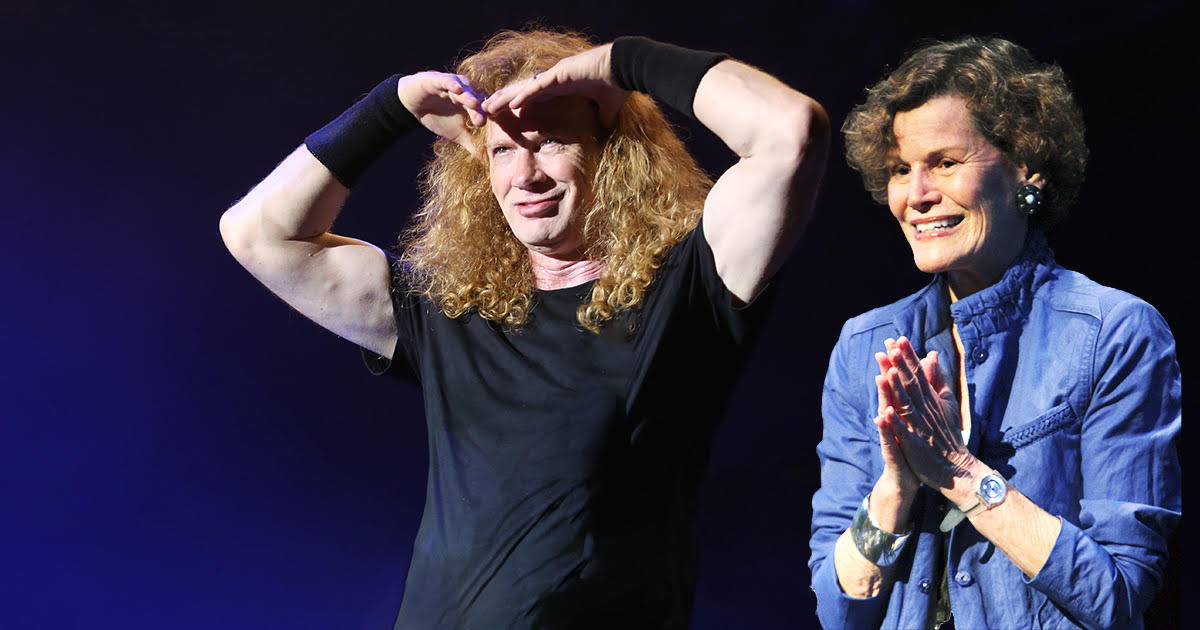 NEW YORK — Beloved author Judy Blume and maligned Megadeth frontman Dave Mustaine are set to become unlikely collaborators as they plan to coauthor the brand new YA novel “Are You There Me? It’s Me Again,” according to a press release from HarperCollins.

“Dave and his team approached us with the idea, and we were immediately sold,” said Jeff Rose, an editorial director with HarperCollins. “We wanted to explore this man’s misfit way of life, and the growing pains that come along with that. The book is a true exploration of a man getting back in touch with himself, his paranoia, his pain, the war inside his head… and we thought there was no better person to co-write the novel than famed author Judy Blume.”

Mrs. Blume discussed her experience with Mustaine, and the struggles involved with working together.

“When I was brought on to write this book with Dave, I didn’t exactly know who he was, but based on my initial interactions with him, I thought I might be collaborating with an angsty, teenage boy. So you can imagine my surprise in meeting a man in his late 50s,” said Blume, who seemed exhausted at the sheer thought of Mustaine. “He kept going on about someone named James Hetfield, and ended up punching a hole through the wall in my study. Honestly, I’m looking forward to the day when I can get back to writing about less emotional characters than Dave — pubescent teenage girls.”

Mustaine countered with his own journey through the writing process.

“Alex Jones really does have some good ideas. It’s a real shame they banned him off Facebook and Youtube. That’s what I call fascism,” ranted Mustaine when asked about his inspirations for the book. “Judy and I wanted to give readers insight into the real me: an aging, conservative, born-again Christian with millions of dollars in his bank account. I think that’s a character a lot of tweens can relate to.”

Mustaine later expressed his gratitude toward Blume for helping him with both the novel and learning about hormones and his ever changing body.