D-Beat Band Sure 2015 Tour Will Finally Smash The System 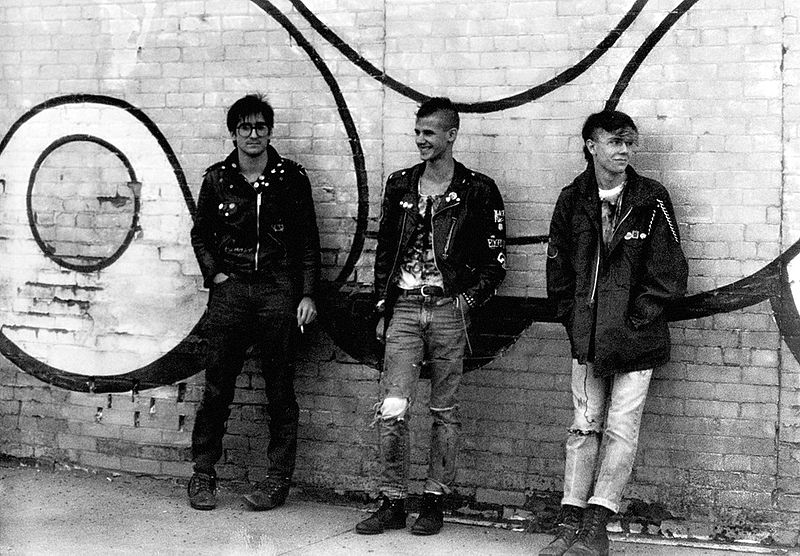 LOS ANGELES – D-beat band Displeased are in the initial planning stages of a full U.S. tour, which they are certain is going to bring the United States government crumbling down.

Displeased’s politically-charged, minimalist punk attack was revolutionary in the early 1980s when it was created and perfected by U.K. punk legends Discharge, a band which Displeased unintentionally covers several times on their latest EP “This System Doesn’t Work.” The tour of dank basements and condemned DIY venues across the entire country is scheduled for August.

“We’ve never played further east than Arizona before this, and I think that’s the reason our message hasn’t had more of an impact on the domestic and foreign policies of the United States government,” Dominic “Kel” Wiltse, singer and primary lyricist for Displeased, said. “This time we’re heading all the way to the East Coast, making sure to stop in Washington D.C.. No longer will our democratic representatives on Capitol Hill be able to hide from us. They will no longer be blind to the realities of war, the state control and they will have no choice but to cease the state violence.”

They will no longer be blind to the realities of war, the state control and they will have no choice but to cease the state violence.

Displeased are in the process of self-releasing 300 copies of “This System Doesn’t Work” on three limited colors of vinyl in preparation for the tour. They will also have the remaining 273 warped copies of their previous EP “Victims of Society” with them for the entire six weeks.

“The records and tour are our message to the feeble bastards drunk with power that we are fighting back, and never again will we let the death dealers control this country,” Wiltse explained.

While Wiltse’s sincerity and determination are admirable, other members of the band aren’t as optimistic about the political power of D-Beat.

“Oh, Kel is crazy, man. I don’t know what his deal is,” Trevor Watson, guitarist, said, “I lifted all the riffs from Discharge – like, directly from them. And I’m not even sure if Kel realizes that he is literally just repeating lyrics off ‘Hear Nothing, See Nothing, Say Nothing.’ Even the songs that might be original, you can still sing the chorus to ‘Why?’ to every riff and it fits perfectly.”

Watson’s goals for the tour are less lofty.

“I’m just trying to pick out the shoestring headband that is going to get me laid the most, and I’m looking forward to getting fucking plastered for a month straight,” he said.