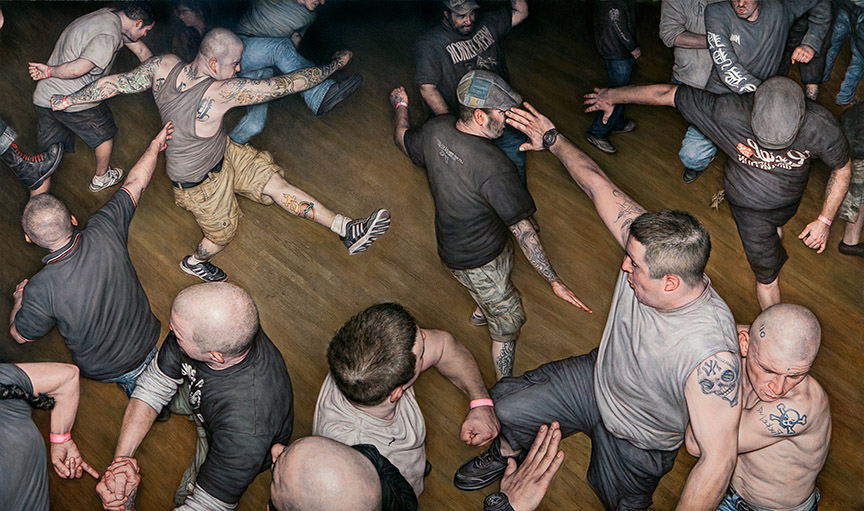 SIMI VALLEY, Calif. — The science community was baffled this weekend when a circle pit inexplicably began to rotate clockwise during a local backyard show performance by the band Born Outside.

Although no one is entirely sure how it happened, many researchers believe that it might be a sign that the earth’s magnetic poles might be ready to reverse. Others, like sociologist Jonas Stillburn, believe it may have been a social, not magnetic, phenomenon.

“If the cause of this redirection was a weakening of the earth’s magnetic poles, then we would be seeing this phenomenon happening everywhere, rather than just in one location,” Stillburn explained. “I believe the actual cause of the pit reversal was a bunch of assholes.”

In his new peer-reviewed paper, Stillburn explained his hypothesis.

“When you introduce an asshole into a circle pit, its basic instinct is to go against the natural counter-clockwise flow, in hopes of achieving its goal of starting shit. Now, according to my research, if you were to have a circle pit made up entirely of assholes, the circle pit could theoretically start flowing in the opposite direction,” Stillburn’s paper reads. “There’s a tipping point, and my data suggests that a critical mass of assholes may have been reached in that Simi Valley backyard last weekend.”

Although Stillburn’s “asshole theory” is promising, he admits it is still in the early stages of testing.

“We can’t know for sure how many assholes were present at this punk rock concert until we can quantify how shitty the band was and how douchey Simi Valley is. Frankly, that’s going to require more funding and more research,” Stillburn said.

Until scientists can verify for sure what caused the pit to spin clockwise, they are warning anyone who wishes to attend a show to just stand in the back with their arms crossed and nod.