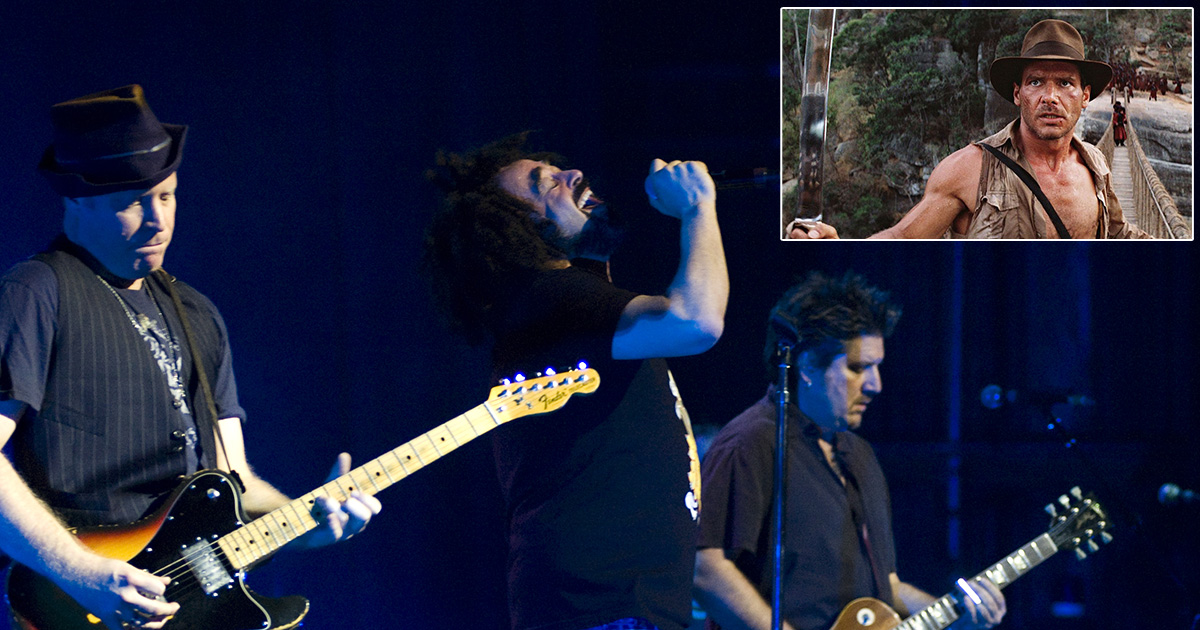 BERKELEY, Calif. — ‘90s alt-rock band Counting Crows finally announced the subject of their hit song “Mr. Jones” is none other than Dr. Henry Walton “Indiana” Jones, Jr. of the “Indiana Jones” film franchise, after many years of public speculation.

“I personally always thought it was pretty obvious, but Counting Crows has always been heavily influenced by the character and the movie franchise based around him,” explained the band’s frontman, Adam Duritz. “‘Recovering the Satellites’ is a concept album based on fanfic I wrote about Indy being enlisted by the U.S. government to investigate ancient alien satellites, and our song ‘Rain King’ is pretty much a retelling of the young-adult novel ‘Indiana Jones and the Monsoon of the Gods.’”

“And yes, I know it should be ‘Dr. Jones,’” Duritz added. “Art requires creative choices.”

David Bryson, rhythm guitarist for Counting Crows, is familiar with Duritz’s inspirations, but remains true to the band’s creative influences.

“Adam is straight-up obsessed,” Bryson said. “He knows more about Indiana Jones than anyone I’ve ever met, and being in Counting Crows means you meet a lot of nerds. For a while, I thought it was just a running gag, but then he started showing me his fan-art of Indiana Jones teaming up with James Bond, and coming up with all these explanations of how ‘Kingdom of the Crystal Skull’ carries on the legacy. It doesn’t, by the way. Did you see those fucking CGI monkeys? Either way, that song’s still paying my rent, so who’s to complain?”

“Mr. Lucas’ work is influential in many fields, and it’s unsurprising that bands would write music inspired by it. However, it is remarkable how Mr. Duritz managed to nail Mr. Lucas’ original vision of the character,” she stated. “While not public knowledge, the first script for ‘Raiders of the Lost Ark’ included an early scene in which Indiana strikes up a conversation with a black-haired flamenco dancer, and he originally was written with the catchphrase ‘I wish I was someone just a little more funky.’ Only a real Jones-head would know that, as fortunately, it didn’t make it into the final cut.”

As of press time, lawyers for Disney’s Lucasfilm division were investigating the Counting Crows back catalogue for misuse of intellectual property.