Co-worker’s Band Even Worse Than Imagined 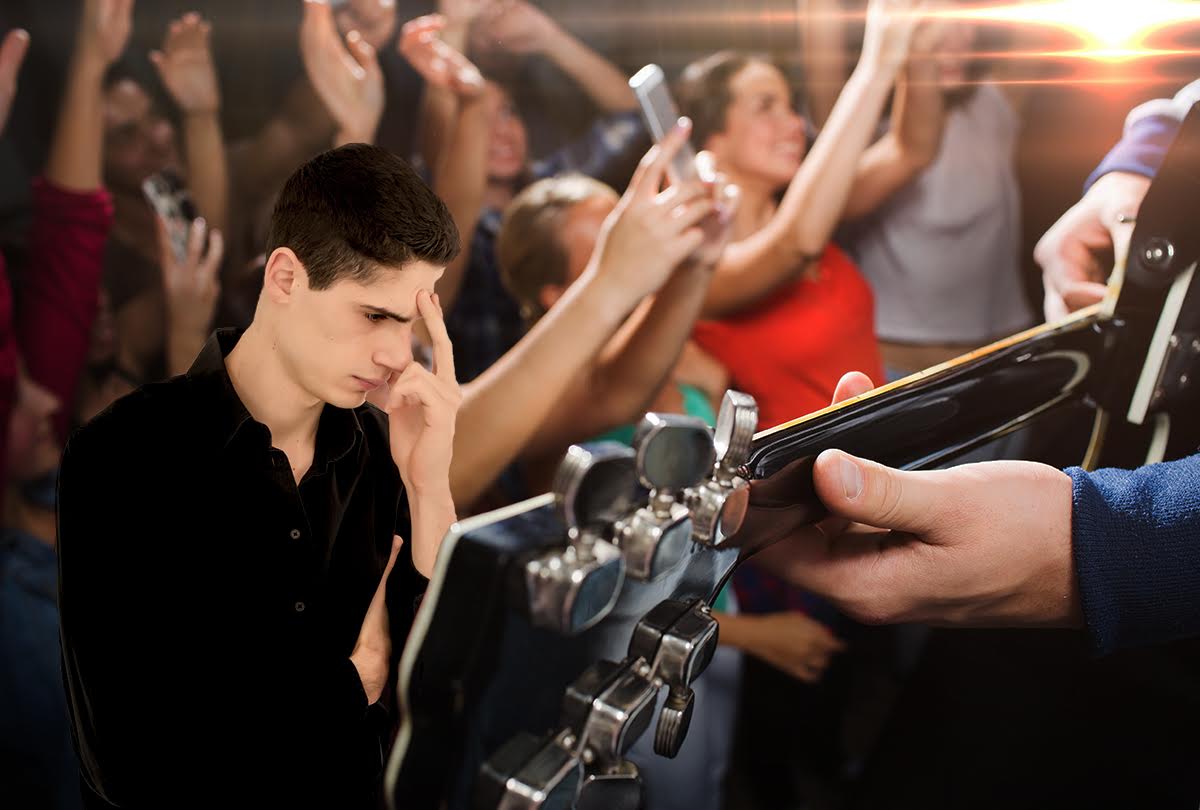 TORONTO – After months of constant pressure to “come out to a show,” the staff of Rhombus Marketing realized their deepest social nightmare in discovering co-worker Jacob Ewart’s band was far worse than they ever could have imagined.

“Nobody expected his band to be good,” said receptionist Stephanie May. “But Jacob put up this sad little flyer on the staff corkboard, and the bar they were playing had a happy hour, so we said, ‘fuck it, let’s go.’ But we had this collective feeling of dread — as soon as the accordion player took the stage, we knew we made a horrible mistake.”

Ewart’s band – an eight-piece called Dudley’s World – describe themselves as “a classic rock throwback with a heavy dose of prog rock folk fusion.” Their sparsely attended concert lasted just under two hours, with a set that included two E.L.O. covers followed by a 25-minute acoustic jam.

“I think it’s nice that Jacob has a hobby, and he really is a super nice guy. But this was tough to handle. The guy playing the flute kept jumping into the audience. There was no need to do that in public,” said manager Nelson Peters. “And, practically speaking, Jacob’s singing was way off-key. And the way he kept making eye contact? There is nothing more embarrassing than a grown man earnestly trying to play an instrument.”

Ewart, for his part, seemed genuinely touched that his colleagues made it out.

“You could tell they were having a good time. I know we all work together, but at this point I think the music kind of speaks for itself,” said Ewart while packing up his eight string guitar. “Plus, Jessica from HR said she really thought I was having a lot of fun on stage.”

Early reports suggest Ewart has already secured his coworker’s spots on the guest list for the next Dudley’s World show, a record-release party at a local restaurant planned for the end of the month.