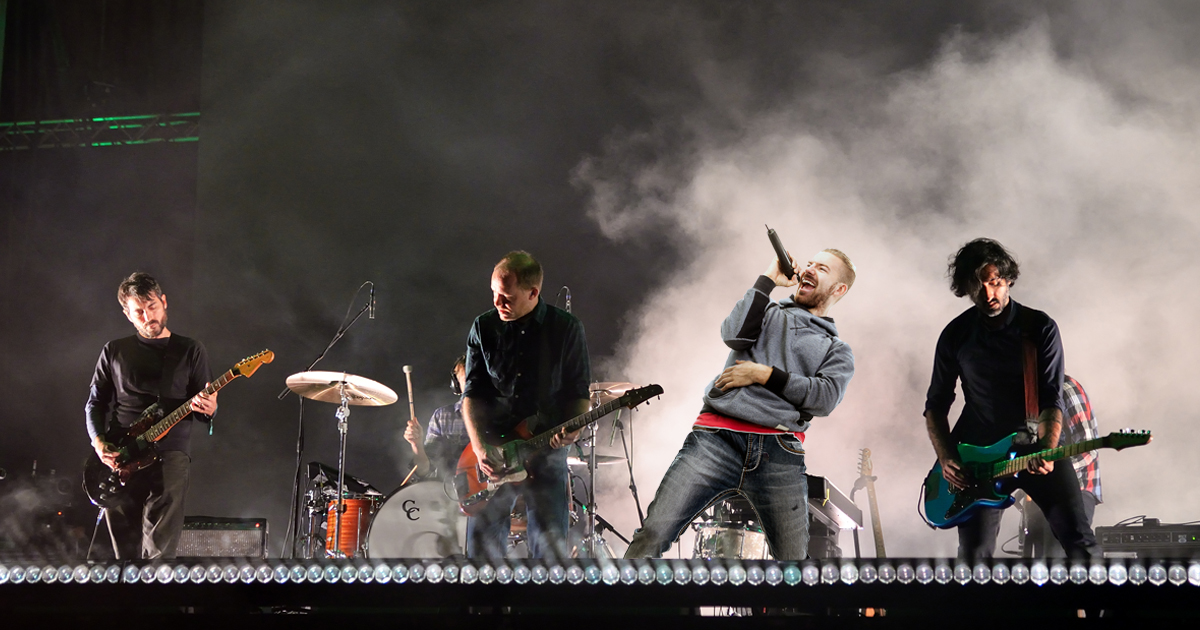 “We’ve always had a great lead singer. But, unfortunately, in 20 years, he’s never once made it to a gig, or to the recording studio early enough to play with us or lay tracks,” drummer Chris Hrasky told the roaring crowd. “Sometimes it’s car trouble; other times it’s a dead grandma, or Mercury in retrograde. But the stars aligned. We are so pumped to play tonight as the real Explosions in the Sky.”

Fans were ecstatic as Hedlund took the stage — until the singing started.

“I’ve seen them 15 times. I figured I’d be emotionally destroyed by the end of the night, but in a good way. Not like this,” said former fan Lisa Parker. “Imagine if Fred Schneider and Gilbert Gottfried had a baby that repeatedly fell on its head. Now, make it 10% more annoying. That’s how he sings… but actually, kind of more like rapping in a weird way.”

Sadly, fans were also taken aback by the bizarre and nonsensical lyrics.

“The music just as good as I remembered, but [Hedlund] started every song saying, ‘Well, you know, we’re Explosions in the Sky — howdy-doo, ladies and germs.’ And then, each song, he sang-talked the song title a bunch,” said disgusted fan Richard Esparza. “And for ‘So Long, Lonesome,’ he just sang the J.G. Wentworth commercial jingle over and over again.”

At press time, several hardcore Explosions in the Sky fans were debating pouring sugar in Hedlund’s gas tank or slicing his Achilles tendon to ensure he’s never on time again.