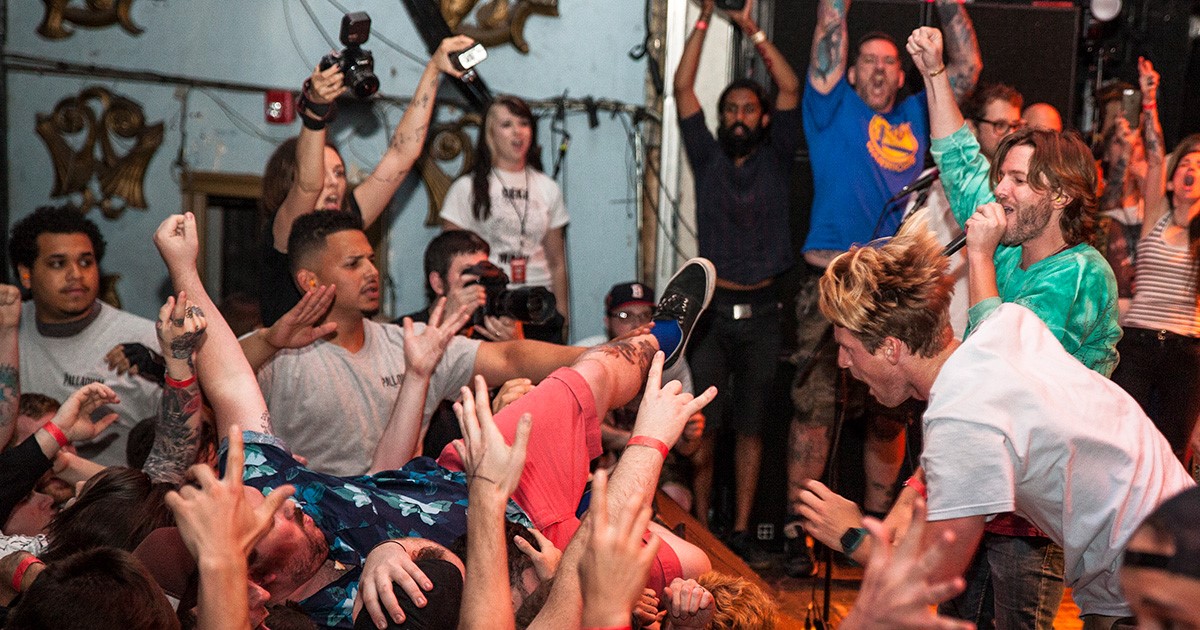 PHILADELPHIA — Saves the Day fans were treated to an unforgettable encore performance at This Is Hardcore Fest last night, which featured a totally new lineup assembled by frontman Chris Conley minutes after the band’s previous lineup completed their set.

“I realized I wasn’t the same artist from back when we started playing this show, and I wanted the encore to reflect my evolution over those forty-five minutes,” said Conley as he updated the Saves the Day Wikipedia page. “After deep meditation and reading the works of Carl Jung backstage, I decided that the band just wasn’t ready to write the next chapter with me on the three or four crowd-pleasers we usually save for the end.”

Many fans in attendance confirmed they were impressed, though not entirely surprised, by the sudden change-up.

“I’ve seen Saves the Day a dozen times and they are never the same band, literally,” said long-time fan Erin Mew. “But yeah, this was some David Copperfield-level shit. I mean, like if David Copperfield made the Statue of Liberty disappear and replaced it with three dudes from the Philly hardcore scene.”

The move reportedly came as a shock to members of the band who were abruptly cycled out of the lineup.

“I was blindsided. Granted, I’ve technically only been in the band since last week when I saw an ad on Craigslist, but nothing could have prepared me for this total about-face,” lamented former Saves the Day touring guitarist Lyle Matsuda. “I’m okay with being kicked out of the band, but Chris gave me a ride out here from California and he isn’t returning any of my texts. I’m not exactly sure how I am going to get home.”

According to the musicians who joined Conley onstage for the encore, it was the experience of a lifetime.

“My friend messaged me that day about having an extra ticket for the festival — who knew that just a few hours later I’d be playing in one of my favorite bands!” said new former Saves the Day bassist Rob Bramlett, who played nearly two songs before Conley had him replaced during the outro of “Firefly.”

Sources confirm that Chris Conley was so encouraged by the response from fans that he has already lined up several replacements for his upcoming solo acoustic tour.