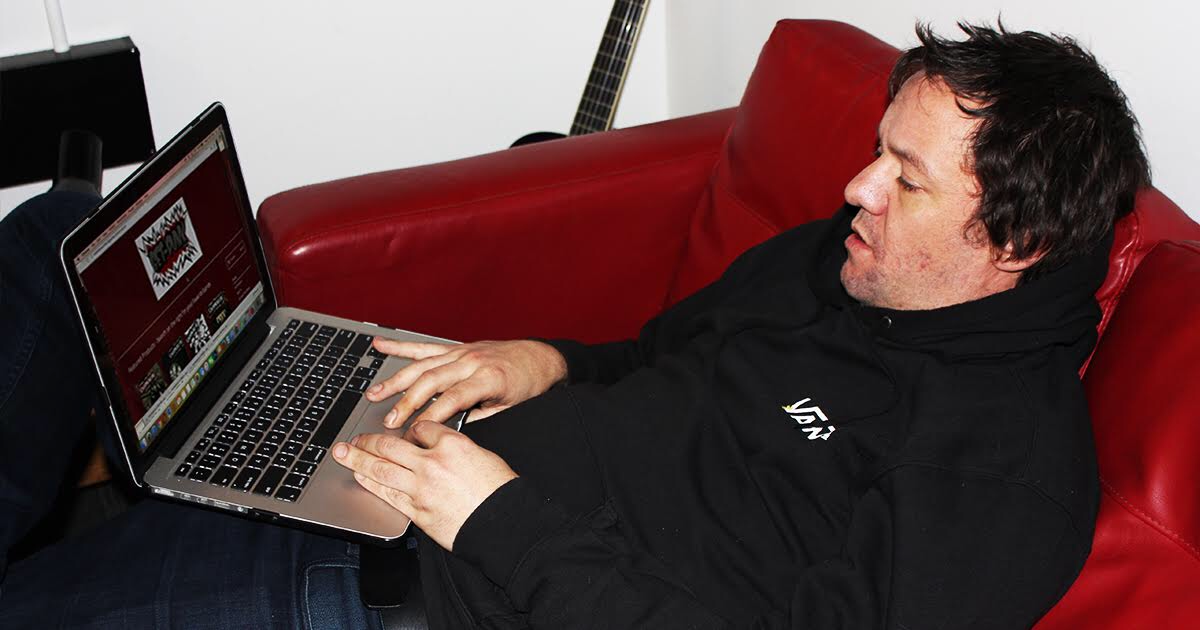 AUSTIN, Texas – Local man Justin Duffy ordered over $900 worth of records so far this year from an online distro despite claims to his roommates that he is “dead broke,” according to sources close to the household.

“We’ve been late on rent and utilities each of the past three months. But, like clockwork, he comes home with a new package from Get-Punk every week,” said roommate Charles Kono. “He insists he ‘found these packages on the street,’ and says he’s saving the boxes to build a fort. But he never lets me see his progress.”

Sources report Duffy, who works part-time at a local vape shop, has claimed he’s been “hard up for cash” for years. However, Kono became suspicious of Duffy’s true spending habits after noticing his music-obsessed roommate’s constantly expanding record collection.

“Justin’s turntable is the only nice thing he owns,” said Kono. “When he moved in, he had, like, 40 records. Now he has at least 200. When I ask him where all the records came from, he’s just like, ‘Oh, yeah — I always had the complete Anti-Flag discography.’”

“I hope Justin won those records in a contest or something, because that dude owes me hundreds of dollars,” he added.

Some, who requested anonymity, expressed pity for Duffy, noting he could at least be “spending that LP money on a real, non-inflatable mattress or something.” But despite wide consensus that Duffy is lying, he emphatically denied any wrongdoing.

“I’m behind on rent because I’m underemployed, not because I’m spending all my wages plus a secret allowance from my parents ordering vinyl online,” said Duffy, hiding a 12-inch, disk-shaped bulge under his shirt. “Everyone needs to mind their own business and focus on their own problems — like the fact that the city shut our water off yesterday.”

At press time, Kono is trying to work out a constructive solution.

“I might set up a parental control on his laptop to block get-punk.com, just in case he’s ordering all these records himself,” said Kono. “But when I last went into his room, a stack of Against Me! records toppled over and nearly killed me. So, we’ll see.”