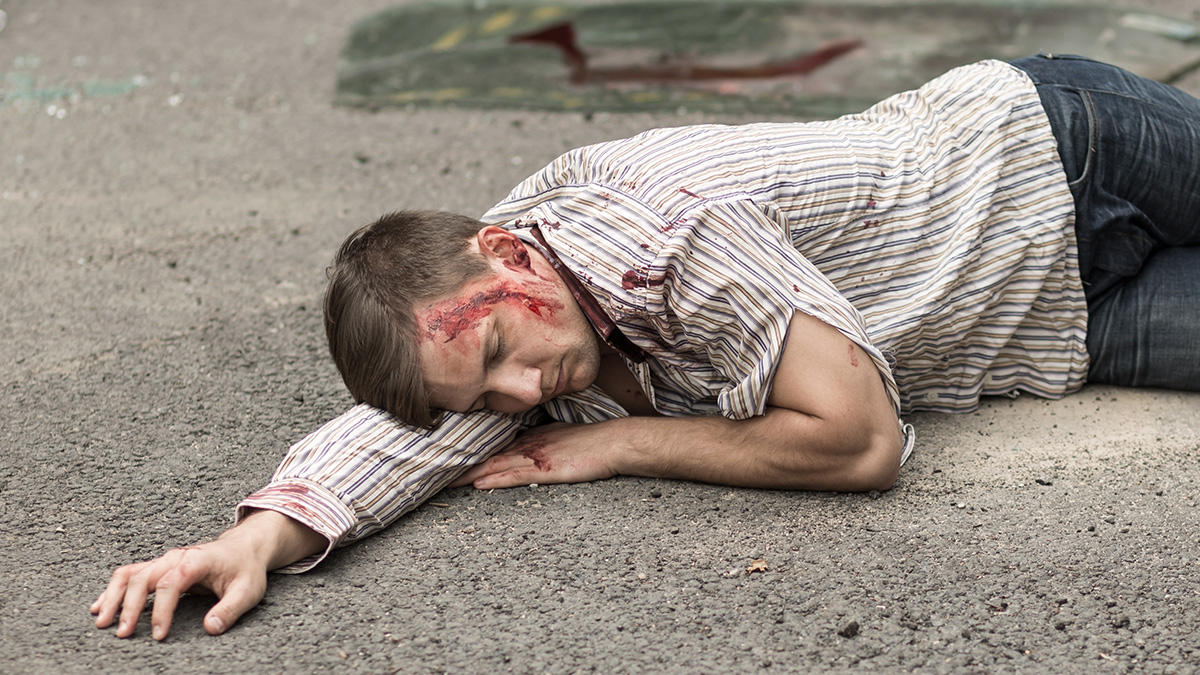 CAMDEN, N.J. — Local bass player Conor Lenihan is in critical condition after being beaten mercifully by his bandmates for releasing a statement regarding the band’s status late last night, confirmed family members.

“We found Conor on the front lawn last night and it looked like he had been hit by a truck. Both his arms were broken, his face was swollen, and there was a note that said ‘you don’t speak for us, practice is moved to 8 p.m. next week’ and we knew exactly what happened,” said Lenihan’s father Andrew. “It was terrifying to see how badly my son was hurt, but I understand where the band was coming from. Conor had told me about how he finally got the login for the band’s Instagram page and I knew he was playing with fire.”

Members of Lenihan’s chillwave band, Lexus Paradox, claim they had to send a stern message.

“We love Conor, he’s like family, but he should have known better. He thought he could speak for the band, but we let our fists do the actual talking and our fists had an awful lot to say last night,” said vocalist Amiee Straught. “The worst part is that he put his name first in the sign-off at the end of his post. Which is insulting to everyone in the band and every non-bass player in the world. His name should be last, or second to last at best, depending on how we feel about our keyboard player that week. The irony is we actually had to release a statement following his statement because we have to cancel a few shows since half our rhythm section is in the ICU.”

Emergency room physician Dr. Amir Patel says this is one of the most common reasons musicians end up in his care.

“I want to tell all of the people who play the ‘less important’ instruments to leave the public messages to the vocalists and lead guitarists of the world,” said Dr. Patel. “Last month I was in surgery for 18 hours straight operating on a drummer who went on a podcast without getting permission from the other members of the band. Thankfully he’s expected to make a full recovery, but he will never drum without the help of a click track.”

Lenihan’s original statement “Lots of good things coming up soon” was deleted from the Lexus Paradox Instagram page and the latest post is a GoFundMe to cover the costs of his hospital stay.