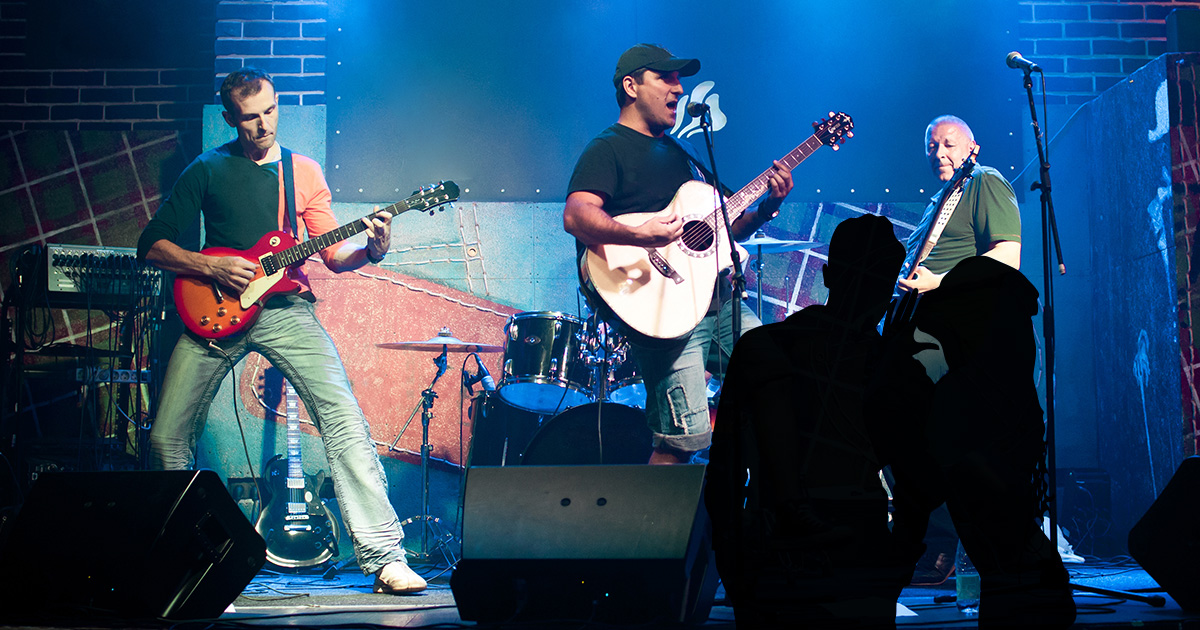 LONG BEACH, Calif. — Metalcore band Her Empty Lungs have yet to replicate the success of their Lady Gaga “Poker Face” cover included on a “Punks Play Pop” compilation, the band frustratingly reported.

“Every time I look at our Spotify page, I cringe. The ‘Poker Face’ cover has 11 million plays, and our next most popular song has only 6,000,” admitted frontman Zach Karras, who is the primary songwriter on the band’s four original albums. “Like, sure, we were one of the first ones to make a heavy Gaga cover, but our original material slaps just as hard! Why won’t anyone even give it a chance? When things open up again it’d be nice if people didn’t spend most of our sets requesting the cover and going to the venue bar when we don’t play it.”

Fans of the cover admit that they have only heard Her Empty Lungs’ original material accidentally.

“I remember jamming to Her Empty Lungs’ version of ‘Poker Face’ but forgetting to change the song afterward, so it started playing their most recent album,” said Danielle Josky, who has since added the cover to her workout playlist. “I figured maybe August Burns Red came up on shuffle. Or Asking Alexandria. Or The Devil Wears Prada. Or In Fear and Faith. All those fucking bands sound identical. But nope, it was some Her Empty Lungs original song. It was bad, but not notably bad enough to send to friends to make fun of. Just forgettably bad.”

Experienced A&R professionals in the music industry have been warning bands against participating in ironic cover compilations before making some success on the strength of their written material.

“I know it can seem fun to quickly record an insincere version of a simple popular song, but there’s a dark side,” advised Tad Smith, head of A&R for Columbia Records. “If the song gets traction before you have a dedicated fanbase, you will be forever pegged as a cover band. And dear lord, if you’re a bunch of white guys, do not cover a rap song and make it soft and acoustic. It’s the most effective way for a person to cancel themself.”

Sources close to the band indicate that Her Empty Lungs have joined a support group led by members of Dynamite Hack, Framing Hanley, and Save Ferris.