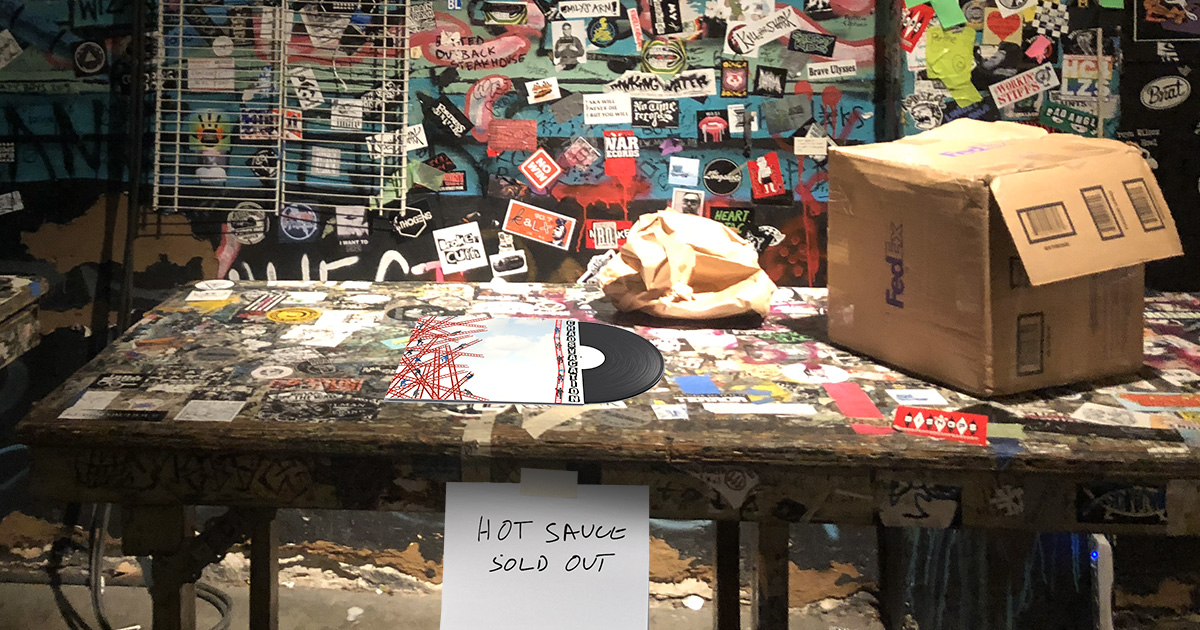 BUFFALO, N.Y. – Local Punk band Chaos Vacation are in a state of disarray after realizing their frontman’s line of hot sauce is much more of a popular seller than any of their records, confirmed sources enjoying a burger topped with the signature condiment.

“I spend most of my time perfecting my recipe, and the band is sort of an afterthought,” said vocalist Gary “Gangrene” Ross as he chopped up a fresh batch of Carolina reaper peppers. “Half of the lyrics from our last album were hastily written in the studio and even those are largely influenced by hot sauce. I want what’s best for the band, but also I really want to have my sauce on ‘Hot Ones!’ I have boxes and boxes of our LPs piled in my garage, we can’t even give those fuckers away. But there is always a line around the venue to get their hands on some of the hot sauce.”

Sarah Hansen, a veteran in the Buffalo punk scene, weighed in on the band’s lackluster music and more than adequate sauce.

“Chaos Vacation is pretty much a laughing stock, but I’d drown all seven of my cats in the river for a bottle of their Spider Sauce,” said Hansen over the clanking of her armful of sauce bottles.“I just wish they’d get the hint and stick bottles of that stuff on their Bandcamp page to make it a little more convenient, but I’ll still make a three-hour trek just to get it. It really is that good. So good I even tolerate their creepy guitarist trying to get me to snort coke in the back room with him every show.”

“Dude, we live in a time where hot sauce is king,” said Beckley. “Some of the stuff I like to suck straight from the bottle is like high octane jet fuel type shit. I’ve tried stuff this band Bloody Porridge made and it was good. Real good. Made me almost go into cardiac arrest. As a matter of fact, I think all bands need to ditch making music and focus on making fiery, non-pleasurable, and just simply uncomfortable-to-put-in-your-mouth sauces.”

At press time, Ross rolled out his plan to sell his wife’s homemade summer sausage at the Chaos Vacation merch table at an upcoming three-day punk fest.