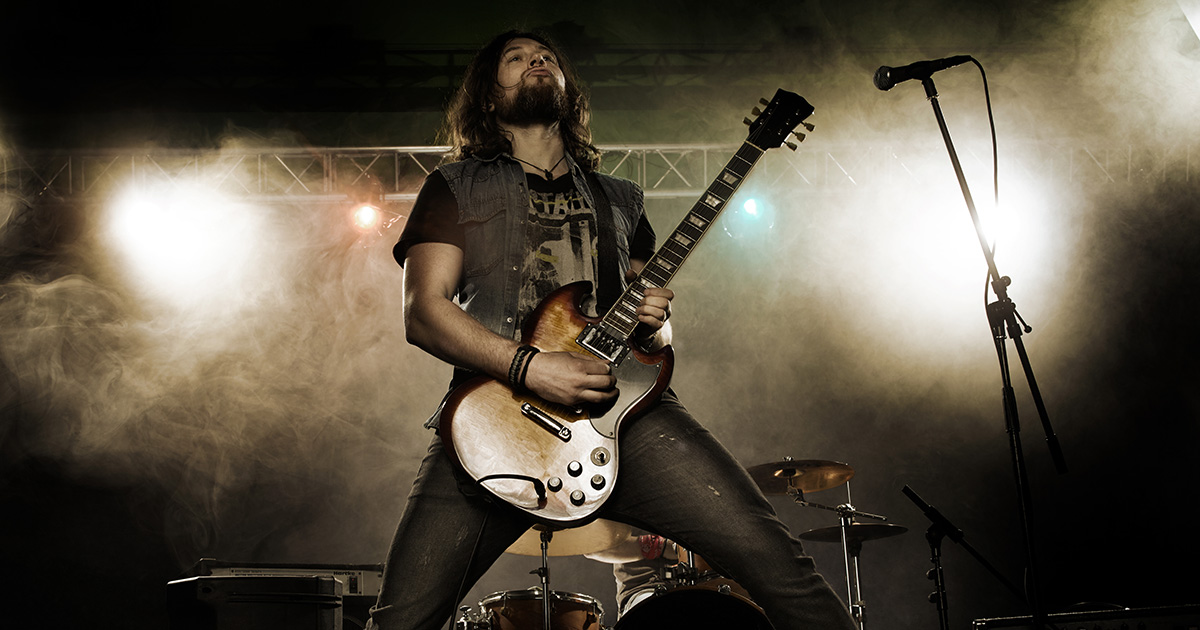 “This band has been the laughingstock of the local rock scene for the past few years — sometimes when they play live they’ll wear makeup, other times they won’t, but the best is when half of the guys are fully face-painted and the other dudes are normal,” said Pauline Winnset, owner of Almost Scratchless Records. “But no one wants to listen to a song named ‘Rock Rock Rockin’ Down the Street’ in 2020 unless it’s some ‘Tim & Eric’ absurdist comedy bullshit. They keep bringing boxes of their EP to the store in the hopes that I’ll sell it. It’s sadder than people who think ‘Beth’ is a good song.”

“Not only is Kiss obviously the best band musically, but their approach to merch was groundbreaking. We follow their example closely,” explained Carter, whose signature facepaint contains car tires around his eyes in an homage to Detroit. “We have Stiletto Devil shirts, socks, koozies, blankets, condoms, and child-sized caskets, because that was all we could afford. I got a custom bottle of champagne to crack when we make our first sale. Should happen any show now; we are deeply in debt.”

According to music experts, Kiss’s influence over subsequent generations is one of popular music’s strangest anomalies.

“Some of the most talented guitarists in metal cite Ace Frehley as their primary influence — such as Dimebag Darrell, Slash, and Buzz Osbourne,” explained Dr. Trina Carter, Professor of Music Theory at Michigan State. “But all of those dudes can shred laps around Ace any day. It’s bewildering. I can find no musical link between Ace’s basic pentatonic solos and Dime’s feral note selection. But when a full band cites Kiss as their inspiration? They always suck. Every single one. Dogshit.”

According to anonymous sources within the band, Stiletto Devils is taking a break from songwriting to devote time towards crafting social media posts about how hip-hop isn’t “real music.”