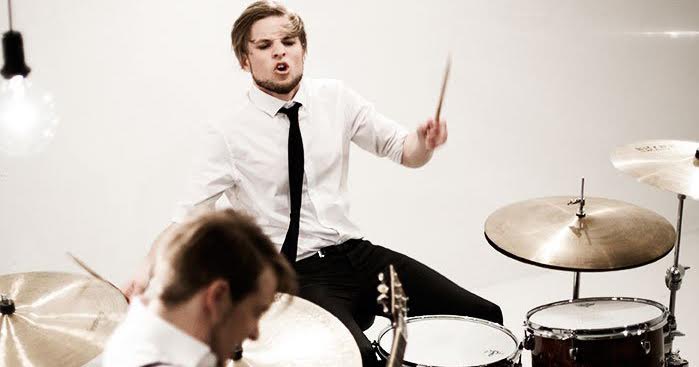 DETROIT – Prepared for a long day of pretending to play instruments and lip synching, pop-punk band How It Goes is a little bit too excited to shoot a music video in the year 2015. With bright eyes and wide smiles, the band is uncharacteristically enthused to be awake at 7 a.m. on Sunday.

“This is my first time being on set. I feel like a movie star!” bassist Anthony Randall said, referring to the bar his older sister works at, which has been adorned with a couple of rented lights. “I’m ready for my close up!”

How It Goes recently signed to a web-only label based out of Belgium, and was given a budget of $130 in American Express gift cards to waste on the project that will ultimately result in 623 YouTube views and a loss of several hundred dollars out of pocket for the band’s parents.

“We all grew up watching MTV every day. Shows like Made, Parental Control, and Room Raiders were some of my favorites,” guitarist Nathan Little said, reminiscing about the television channel that hasn’t played a music video in nearly 10 years.

“It’s like I am in an episode of ‘Making the Video’ right now!”

Little, who considered majoring in film before declining to go to college in any capacity and decided to pursue pop punk full time, was adamant about finding a director who really had a vision.

“The music videos that stick with me tell an interesting story,” Little said, unable to mention an influential music video under a decade old. “That’s why we’re doing a Boondock Saints theme, but with four guys instead of two.”

The young musicians have brought a contagious optimism and a decent enough spread of bagels that is bringing out the best of the crew and the 17 extras they were able to convince to come out for the early morning video shoot.

“Nathan and I have been dating for six months and I know this is a big deal to him. I just hope it’s over before 11, because I have to get to the DMV to retake my driving test,” Kim Anderson said while applying makeup in the bar’s bathroom.

The man in charge of directing the video, 20-year-old Jordan Olds, was eager to get behind the lens.

“I’ve got to get this camera back to my school’s [equipment rental] cage before 2 p.m. or I’ll get docked a full letter grade,” Olds said.