Band of Horses Guitarist Put Down After Breaking Leg 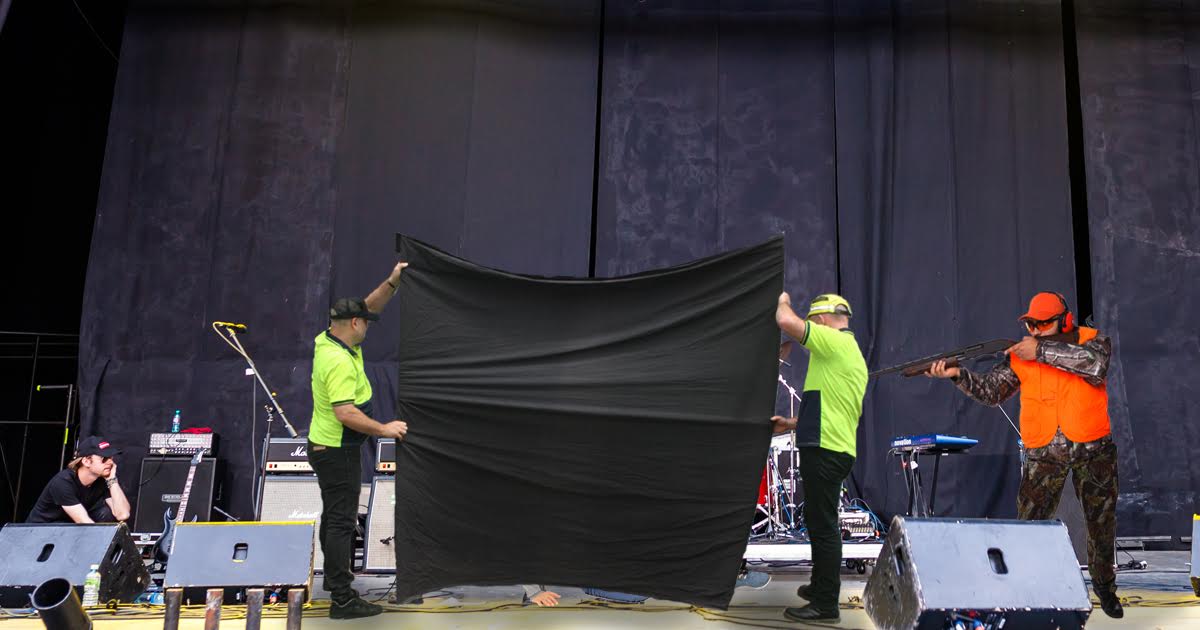 “It was such a good show. We were all having a good time, and then [Nash] jumped from the drum riser,” said fan Shawna Cunningham, who was back by the trough and merchandise table when the incident occurred. “You know — classic rocker move. But when he landed, the pop was louder than the music.”

Witnesses reported it was one of the most gruesome onstage accidents they had ever seen.

“The place just went silent. We all hoped he would pop up and keep going, but it was definitely over for him. I could totally see bone,” said fan Travis Pelto, who saw the injury and execution from just behind the stage barrier. “He was still in his prime, Band of Horses was booked on Riot Fest, Bumbershoot, and Coachella this year which is basically the Triple Crown of music fests.”

Silva Artist Management later confirmed the incident, releasing a statement that Ramsey was “put out to pasture.”

“It’s not something we like to do, but with a breed like this, there’s likely no coming back from that kind of a break,” said Ted Penridge, a first responder who ensured humane treatment. “There was no time to get him back to the green room, so unfortunately, we had to put him down.”

While many fans were shocked by the quick and horrific scene, Penridge claimed he did what was best for the injured musician.

“You hope these guys have long careers and are put out to stud or teach lessons or something after 30,” said Penridge. “His owners and handlers at Interscope gave me the orders. There wasn’t much I could do.”

With a European tour on the horizon, singer Ben Bridwell is confident the group can move on and be better, faster and stronger.

“We cannot let a setback like this slow us down,” he said this morning. “We have already reached out to David Isen of Horse the Band in hopes of rebuilding our stable of members.”