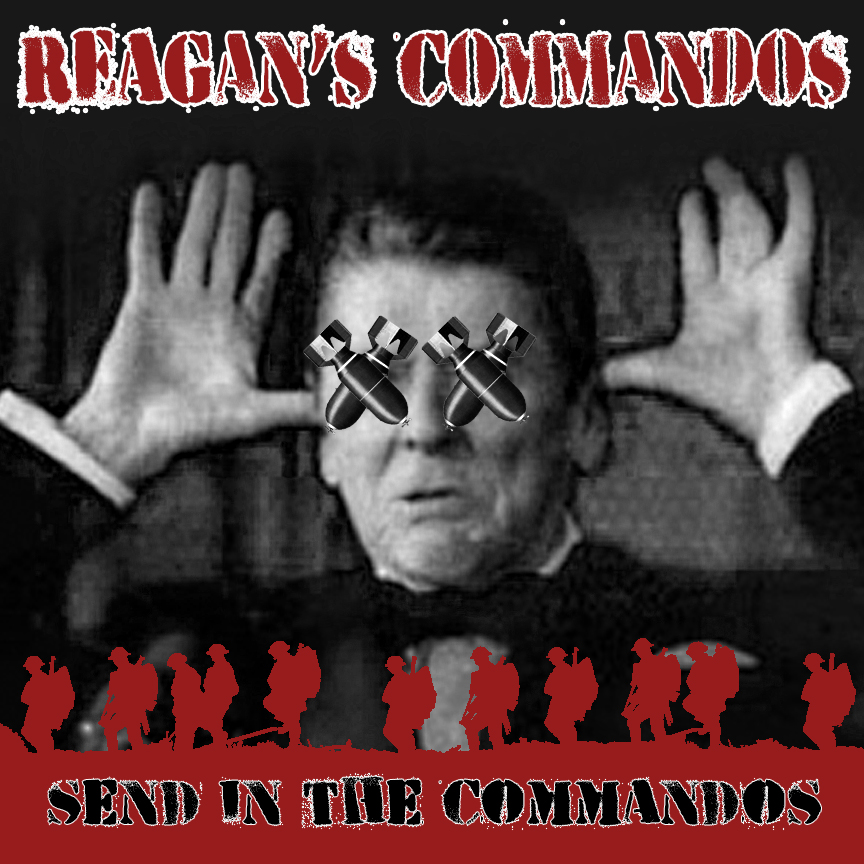 BRAINTREE, Mass. – Spring has arrived, and that means it’s time for semi-popular 1980s hardcore band Reagan’s Commandos to pile into the van and hit the open road. They’ve done this nearly every year since the release of their debut LP, ‘Send In The Commandos’, in 1984.

“Hell, we’ve been doing this for so long, I don’t know how we could quit,” he stated in a voice worn from years of screaming, smoking and alcohol abuse.

Drummer James Carmichael knows whenever May rolls around, it’s time to kiss the wife and teenage children goodbye and hit the road for a few weeks of playing basements and half-empty concert halls while searching out teenage girls.

“Soon I’ll have my oldest boy Tommy driving the van while we get wasted in the back,” Carmichael said.

Though the band recorded numerous albums throughout the ’90s and early 2000s, they seemingly refuse to play any music written after President Clinton took office.

“We know what people want to hear, and we also know we don’t have a lot of time to rehearse the newer stuff. We just stick with the classics,” Sullivan said.

Related: Band Reunites One Last Time for Fifth Year in a Row

Heading out from their hometown of Braintree, Mass., every year is a welcome escape from their everyday lives. Everyone in the band is now married with kids. They have jobs ranging from mechanic to Office Depot manager. According to Carmichael, “This is the one time of the year we get to be carefree and just go wild. I’m thinking about growing my mohawk back out this year.”

With their popularity peaking in 1985, these tours have always been a losing endeavor. Reagan’s Commandos estimate the total cost of touring over the years is nearing $60,000.

“We don’t do it for the money, we do it because we need to get the fuck away from our families” Sullivan said. “Also, Reagan really was a fucking dick!”