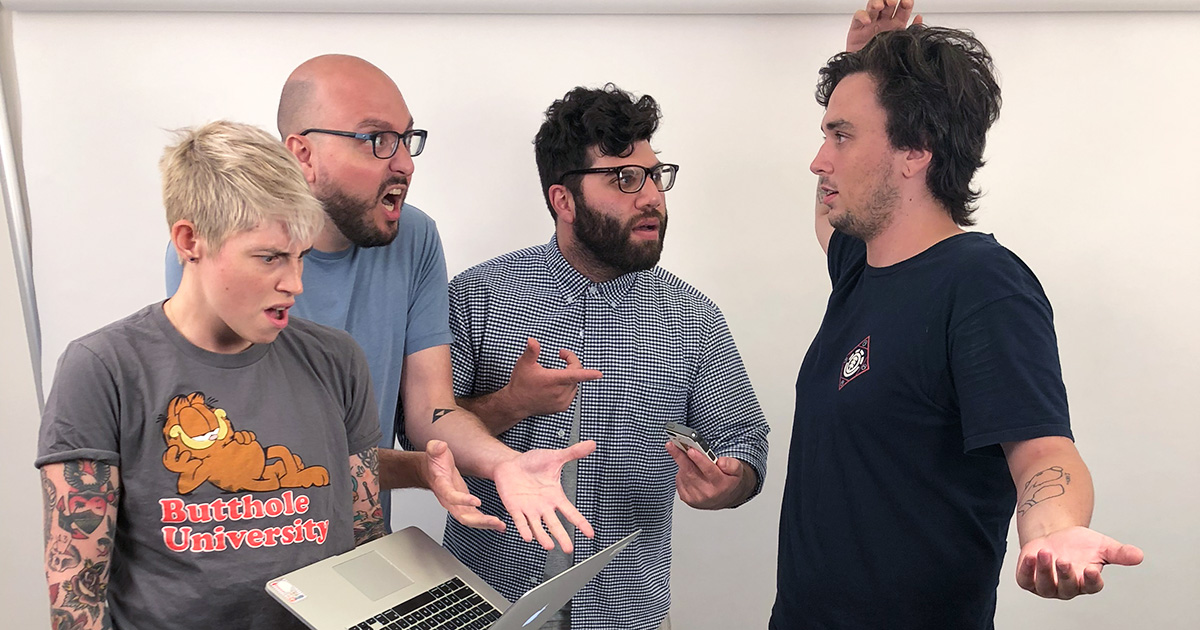 “He’s been on tour with us for years, so the first couple of times we assumed it was just a confused fan who thought he was part of the band or something,” said lead singer Karl Rakim. “It wasn’t until he repped the band on some podcast that I suspected he might be taking his role a little too seriously.”

“[Lankins] is a textbook case of a merch guy taking things too far,” she explained. “Many merch guys are fragile about their lack of significance to the band they work for and will often resort to attention-seeking tactics — the last intervention I hosted was for a merch guy who autographed all the band’s merchandise. But after a little work with a professional, he’s back to just carefully delegating his minimal responsibilities to anyone who covers for him while he runs to the bathroom.”

“The first thing I want you to know is that you’re not really that important to the operation of the band,” she said. “You have no musical talent — that was made clear to us when you auditioned to be our bassist, but showed up with a six-string and merely strummed the G-string with no sense of rhythm whatsoever. You have to get over yourself, because this is super embarrassing. Like, seriously — what the fuck?”

Lankins, who thought he was joining a promo photo shoot before the intervention, grew irate by Mannings’ letter and stormed out of the room. “This band would be nothing without me,” he allegedly yelled. “I’d like to see you make change for a tape with nothing but a fucking hand full of $20 bills, fuckface.”

At press time, Lankins was mysteriously listed under the “past members” section of the band’s Wikipedia page.