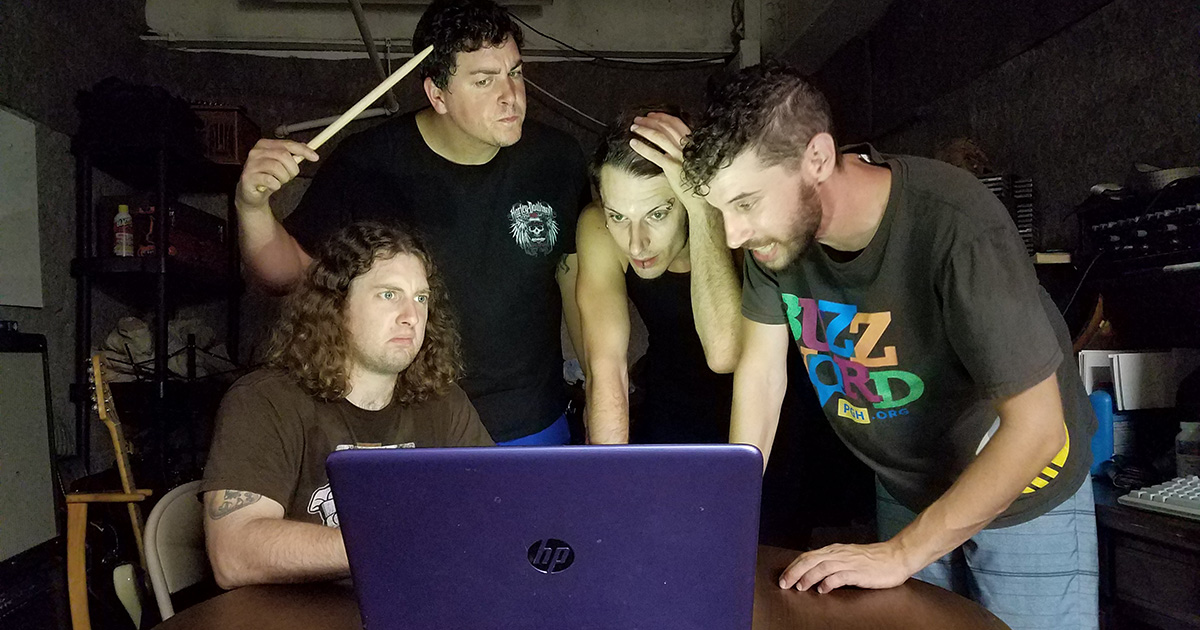 LAS CRUCES, N.M. — Local band Leatherfist had to look up their own Wikipedia entry this week to confirm who was actually a current member of the group, after accidentally texting their ex-drummer to find out why he wasn’t at practice, perplexed sources confirmed.

“I got this angry text out of nowhere, wanting to know why I didn’t show,” former drummer Addison Nash said. “They threatened to kick me out if I wasn’t at practice in 15 minutes. I was like, ‘Um, you booted me out three years ago, guys.’”

Embarrassed and surprised by the oversight, current members then took a moment to sit down and research their own outfit.

“We have to get this sorted out ASAP. Apparently, I was actually kicked out of the band in 2013, but the guy who was supposed to kick me out was kicked out before he could tell me,” rhythm guitarist Abe Slade said, scrolling through the page. “Crazy, the stuff you learn on this site.”

According to the Leatherfist Wikipedia page, there have been 18 different members of the five-piece outfit over its 20 year history — an evolution resulting from quittings, firings, substance abuse, falling off of stages, bus accidents, marriages, child births, prison sentences, attempted arson, attempted murder, successful murder, and death.

“Sure, we’ve gone through a few lineup changes, and that can cause some confusion,” said frontman Wayne Clark. “I’m the only original member left and, actually — I didn’t know this until today — Mick Mars was apparently in the band for just two weeks before me.”

Ultimately, the band discovered they currently have two bassists and no drummer, thanks to mixed signals with management.

“I told our manager to fire Lee,” Clark said. “But I forgot Daryl Lee was our drummer — I meant for him to fire Lee Garcia, the bassist. We printed out the lineup chart with members’ photos, names, and what instrument they play, and taped it to the wall of our practice space. Hopefully this won’t happen again.”

The Wikipedia research also reportedly informed the band that they haven’t released an album since 1996, and they are due to perform at Costa Mesa Fest this Saturday.