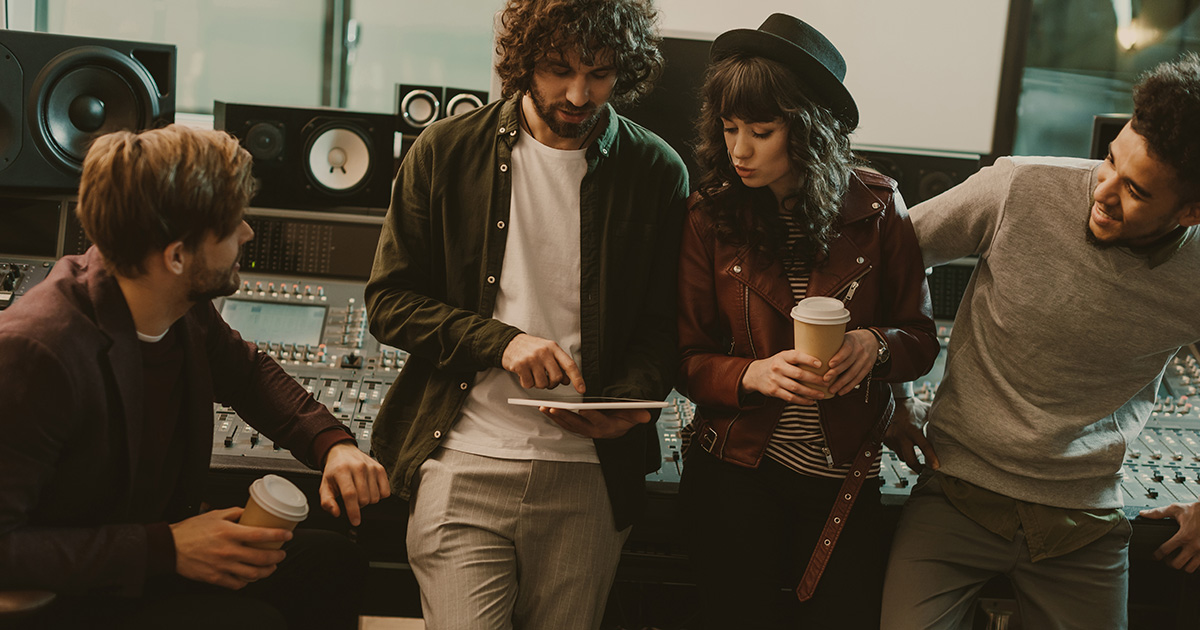 NEW YORK — Local pop-punk trio Whether Feathers repeatedly asked the producer of their upcoming EP to make the guitar, bass, drums, and vocals louder on the recording, setting off a long, heated exchange between the two about artistic integrity versus sonic clarity.

“I had the mix perfect,” said multiple Grammy-winning producer and engineer Alan Kenninberg. “Everything was clear and even, yet compressed so hard that the track was pretty much as loud as humanly possible… but they thought that wasn’t enough.”

Indeed, the band admitted their disappointment with Kenninberg’s levels.

“I mean, as we were listening, it was pretty clear the mix needed more guitar,” confirmed bassist Mark Barrett. “But also, more drums… and of course, more bass. And more vocals.”

“Plus backup vocals — definitely needed more of those, too,” added drummer Kendra Wilty. “Everything was too low!”

Through multiple re-mastering sessions, records show Kenninberg attempted to accommodate the requests. But even after turning every part up individually, guitarist/singer/songwriter Andrew Reynold concluded again that the mix was not loud enough, initiating another cycle of questioning.

“I mean, you could barely hear the guitars,” Reynold said. “But once he turned them up, you couldn’t hear the drums… so you turn that up, and so on, and so on. Then, once Al turned everything else up, you again couldn’t hear me — so we had to make my parts even louder. Am I insane? Does this not make perfect sense?”

“I don’t know why he’s giving us so much attitude. I mean, it’s only been, like, nine months of mixing, and for four tracks, that’s pretty quick,” Reynold added. “Our last EP took three years of mixing, and even then, we only stopped because the engineer quit.”

Eventually, giving up on making the band happy — and also realizing his first mix of the song was technically perfect — Kenninberg implemented a new strategy.

“I basically just stopped editing,” the 25-year music industry veteran explained. “Any time they told me to change something, I’d move a fader that’s not plugged into anything, and ask how it was… and literally every time, they’d say it’s perfect. Frankly, at that point, I was just saving them from themselves — the mix was done eight months and 29 days ago.”

Whether Feathers has put out a press release about the EP, announcing it will hit retailers in the spring of 2027.