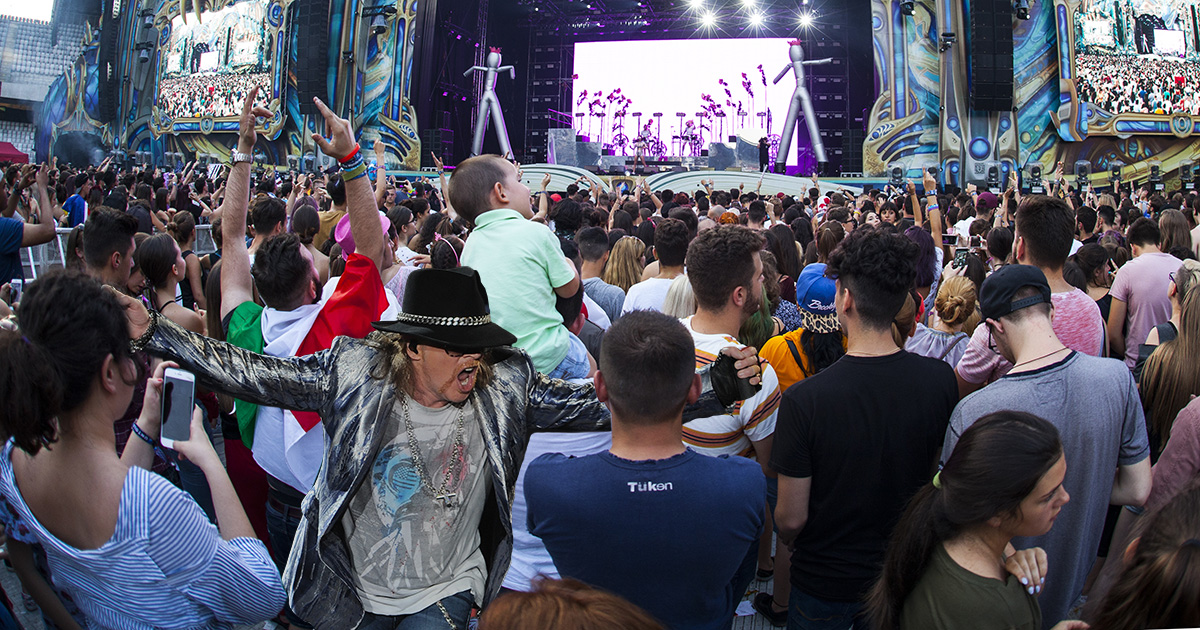 “Merch is our lifeblood, man,” Rose said, handing over a commemorative scarf for $52. “In the age of streaming, we make, like, nothing on people listening to our music. These Appetite For Destruction bandanas are what pays the rent.”

“We finally take credit cards now, too, even though the iPad and the card swiper are a bitch,” he added. “But these ‘November Rain’ ponchos aren’t going to sell themselves.”

Fortunately for the legendary musicians, opening band Other Noises offered to keep an eye on the table while Guns ‘N’ Roses were on stage.

“Mr. Rose asked me to sell shirts while [their] band performed,” Ivan Kazakov, frontman for the Siberian band Other Voices, said via translator. “My English isn’t so good — I thought he [was] joking. Can’t they pay [someone] to do this? America isn’t as prosperous as they would have us believe, I guess.”

However, fans were pleasantly surprised to see the frontman working the table right after his set.

“I was waiting to buy some Spaghetti Incident dinner plates, and out of nowhere, Axl Rose shows up!” a stunned fan told reporters. “Yeah, he was really winded, and he had to go make change for a $20 right away, which took forever. But he did dig through a bunch of boxes to find the last medium-sized ‘Sweet Child O’ Mine’ onesie for my baby niece, so that was really nice.”

“I lost my mind when I found out I was going to be in GNR,” Reese said. “But instead of warming up in the green room earlier, I spent four hours at a UPS store in Red Square trying to track down a replenishment off ‘Back Off Bitch’ bumper stickers that were supposed to be overnighted. But no tour is ever as glamorous as it seems, I suppose.”

The band is reportedly looking to purchase a lockable cash-box later this year, hoping to end their practice of just holding a wad of singles in bassist Duff McKagan’s cargo pockets.