All Ages Get Up Kids Show Still 21 And Up 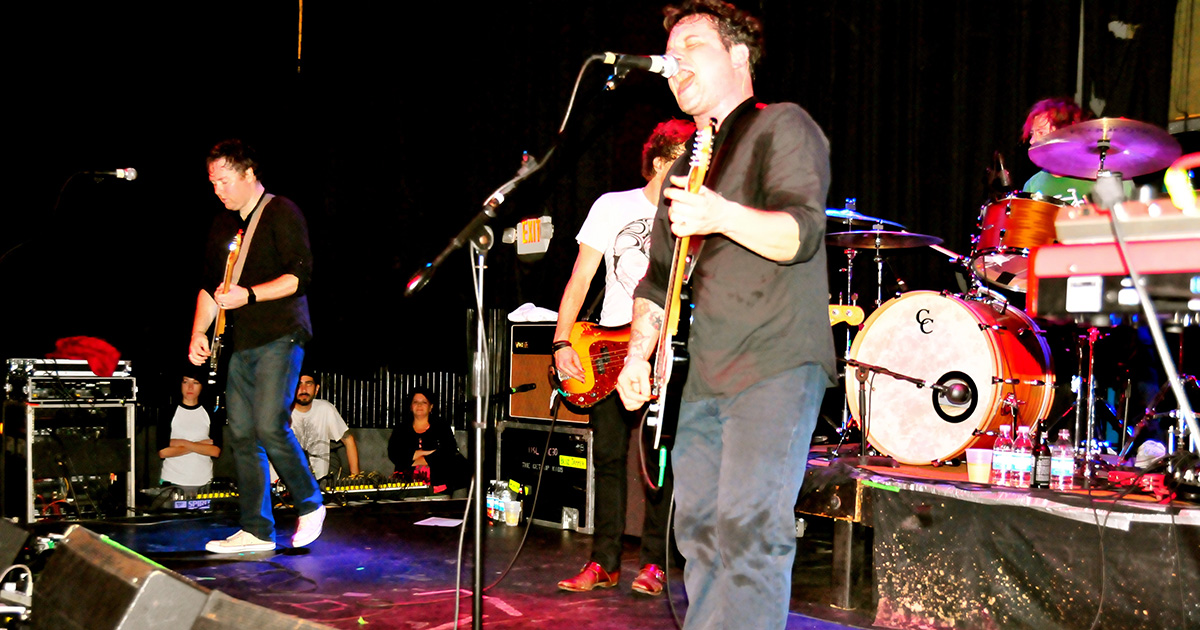 NASHVILLE — An all-ages show last night featuring emo pioneers The Get Up Kids was still a 21-and-up event when no one under the age of 30 attended, according to multiple sources who have to be up early tomorrow morning and wish they hadn’t forgot earplugs.

“I’ve never seen anything like this,” commented 328 Live manager Jenn Cunningham. “Normally for these all-ages pop-punk shows, we only need one guy checking IDs… but our door guy was left out there with no backup and an ocean of 30-year-olds, in admittedly cool band shirts, who all needed wristbands.”

“The number of wallets that needed fishing out of deep cargo pockets really held things up, but luckily, we powered through it,” she added. “Also, where the hell are these people’s children?”

While the oversight delayed the band’s headlining set by nearly two hours, the line of show-goers who “can’t remember the last time they were out this late on a Thursday” was cheerful regardless.

“Our first date was a Get Up Kids show in high school — it was awesome singing along then and it still is now,” said 37-year-old punk Brandi Jordan, gesturing to her husband Terry. “I know that was in a completely different town and state, but this somehow seemed like the exact same show. Whatever, still awesome live. Plus, this time we don’t have to get drunk in the parking lot.”

However, younger music fans remain secure in their decision to not attend.

“My parents have been playing me emo records since I was born,” said 15-year-old student and local punk Martina Banks. “Everything just sounds exactly like ‘Hotel California,’ and that song is like, 100 years old. I don’t need to waste my time seeing a bunch of dudes with business casual tattoos complaining about girls my age. I figured these guys are all married by now and just tour because they can’t get a gig writing commercial jingles.”

At press time, Knoxville High School’s Classic Rock Club was making plans to attend the Get Up Kids’ next tour stop.