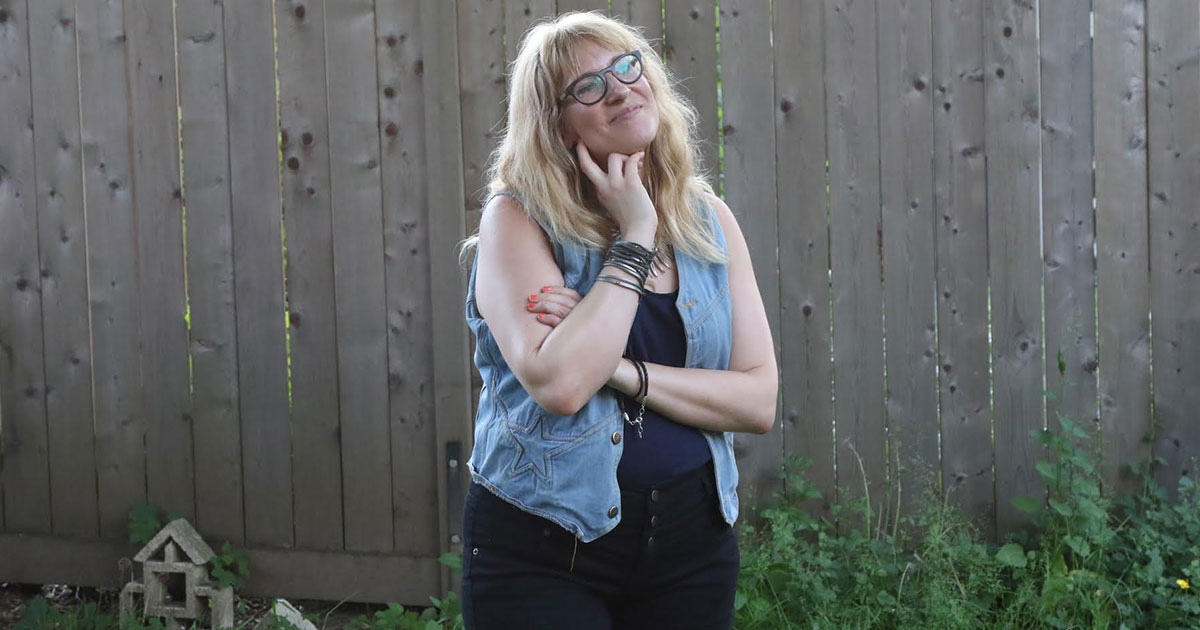 SAN BERNARDINO, Calif. — Aging punk Valeri Kravtsova announced plans earlier today to support the scene with “maximum efficiency” and attend an entire year’s worth of shows in a single afternoon at the High & Low Fest this autumn, a source confirms.

News of the upcoming one-day festival at the NOS Event Center delighted the 36-year-old, who was adamant she would “totally still go to shows all the time” if not for the time-consuming responsibilities of adult life.

“I’ve been meaning to get out more, but you know how it goes. Between work and kids and everything, who has time these days?” Kravtsova said. “I mean, I don’t have kids, per se, but my dog has an ear infection and makes this face like, ‘you’re leaving me?’ And it’s like, how am I supposed to go now?”

“Plus, ‘indoor’ means this thing is probably seated, right? That’s gotta mean seats,” she added, rubbing her lower back. “Worst case scenario, I can always bring a lawn chair and sit by the merch booths.”

Kravtsova is hopeful having multiple bands in one place will allow her to attend several “mini-shows” at once, rather than spaced throughout the year in a “reverse Pomodoro technique type-of-thing,” a method of show-going efficiency used, and formally recognized, only by herself.

“I’m not one of those people ‘retiring’ from the scene like some of my sellout friends. Trust me,” she said. “I just have to be smart about managing my time because, like I said before, I’m just really busy these days.”

Looking over the festival schedule, she added, “The fact that it starts before 6 p.m. increases my chances of keeping these plans by almost 75 percent. And with the lack of 15-year-old kids getting shitfaced in a basement while I wait for my friend’s band to just fucking play already, it’s pretty much a done deal.”

As of press time, Kravtsova was browsing for cheap air mattresses online to possibly inflate in her hatchback on the day of the fest. “If there’s some downtime between bands, it won’t hurt to catch a little cat nap here and there,” she said.