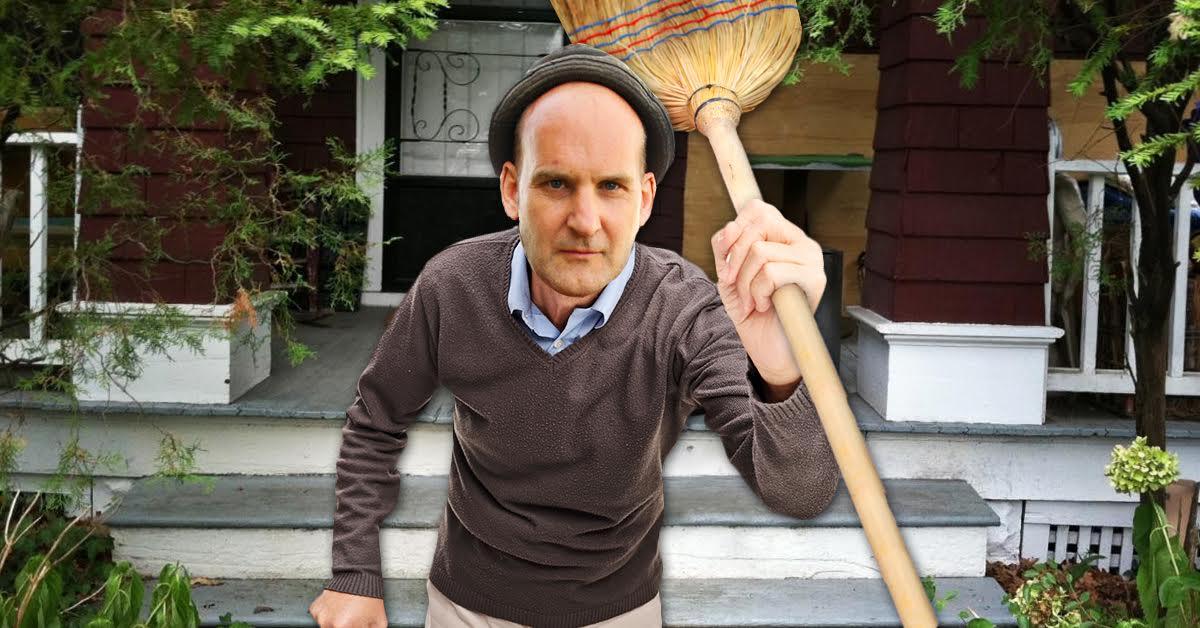 WASHINGTON – For decades, touring bands have made a pilgrimage to the Dischord house, the legendary residence featured on the cover of Minor Threat’s Salad Days 7”. Many hope to recreate that iconic photo, but witnesses report that an aging and grumpy Ian MacKaye has become fed up with the trespassing and started running people off of his property.

“We were so excited to stop and try to snap off a few photos for the insert of our next record, but as soon as we got into position the door flung open and Ian comes out screaming at us to get off his damn porch,” said Daniel Morgan, frontman of straight edge hardcore band ClearlyxStraight. “I left one of our demos behind, I hope he checks it out. Glad I got to see him even if he was trying to hit me with a broom.”

After Morgan chronicled his story on Instagram others have come forward with their own harrowing tales of close calls with MacKaye.

“Maybe it is trespassing, but I just wanted a quick photo on the stairs while I was in town on a work meeting,” said a source that chose to remain anonymous out of fear of retaliation. “I had the self timer on my camera and right as I sat down the door flew open and there Ian was screaming at me. He chased me for two blocks before finally letting up. I thought he was going to kill me, or worse, force me to fold 7-inch covers by hand. One photo is not worth all that. I have a family I need to think about.”

Neighborhood lore has caused children to avoid the Dischord house at all costs for fear that “Old Man MacKaye” will grab them and turn them into hats. This has led to much speculation and urban legend regarding what exactly goes on behind that chain link fence.

“Everyone is afraid to go over there,” said six-year-old Amber Barkley. “My neighbor Tommy said one time a boy went over there to get his baseball and the man inside folded him right up into a hat. I don’t want to get caught by the hat man. I am going to grow up to be a firetruck.”

As of press time a young boy was slowly walking towards the porch after being dared to touch it by his friends who could be found watching nervously from the bushes in the yard across the street.