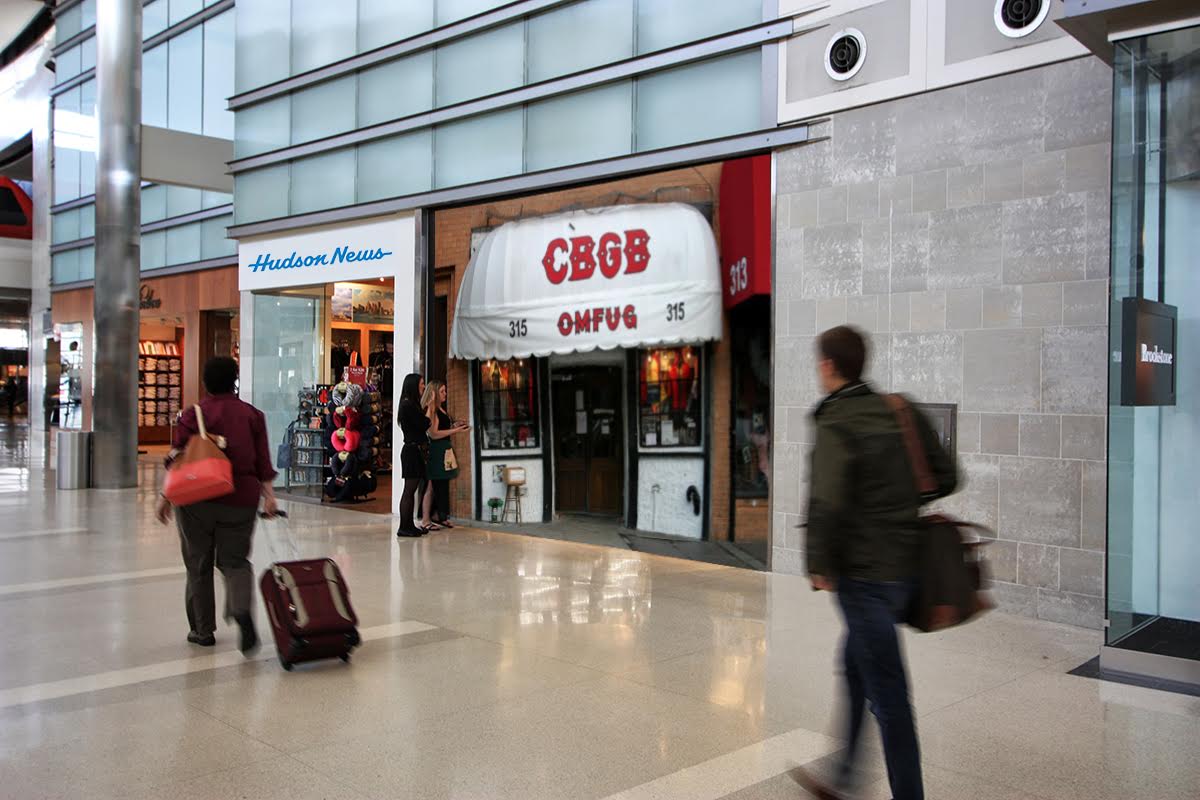 NEWARK, N.J. – Ever since Patti Smith’s last notes rang out at the seminal New York punk and hardcore venue CBGB in 2006, many have wondered whether the legendary club would ever find new life as an expensive, New York airport restaurant.

Those doubts can finally be put to rest, as news broke last month that CBGB, where legendary bands such as the Ramones and The Talking Heads got their start, is reopening as a restaurant in Newark Liberty Airport, with Agent Orange Julius booked to play opening weekend.

“Close enough,” said a representative for the new restaurant.

“We are very cognizant of what this place meant to people, and we intend to honor that legacy in as few ways as we can get away with, while still acknowledging its existence,” said head chef Harold Moore while filleting a $42 cut of premium beef.

Among other subtle nods and patronizing tchotchkes said to decorate the new restaurant — such as 37 framed pictures of Johnny Thunders — the stench of CBGB’s infamous bathroom has been painstakingly recreated by a crack team of molecular gastronomists who’ve “spent hours attempting to replicate the pungent stench of the bathroom. It has a real earthy quality, and we’re sure people will pick up the subtle notes of blueberry.”

As part of the grand opening, Agent Orange Julius will take the “Garden State Glue Sniffer Stage Sponsored by Geico.” Youth of Souffle and Gorilla Beignets are also slated to perform.

“It is a real honor to be playing on this stage,” said Shitty Mark, vocalist for Agent Orange Julius. “When I think of the history of this place and what it means to punk rock, it fills me with pride that me and the band also can’t really afford to eat here, and that it’s in an airport in Newark and not really a venue… what were we talking about? It’s awesome.”

CBGB is not the only punk venue getting in on the act, as Bay Area punk staple 924 Gilman is said to be in talks with San Francisco International Airport for a similar concept.

“We like the airport commerce business model, and hope to have our signature line of ear plugs and neck pillows at the kiosk between the Jamba Juice and the Jamba Juice Express in the very near future,” said a 924 Gilman representative at a membership meeting attended by no one.