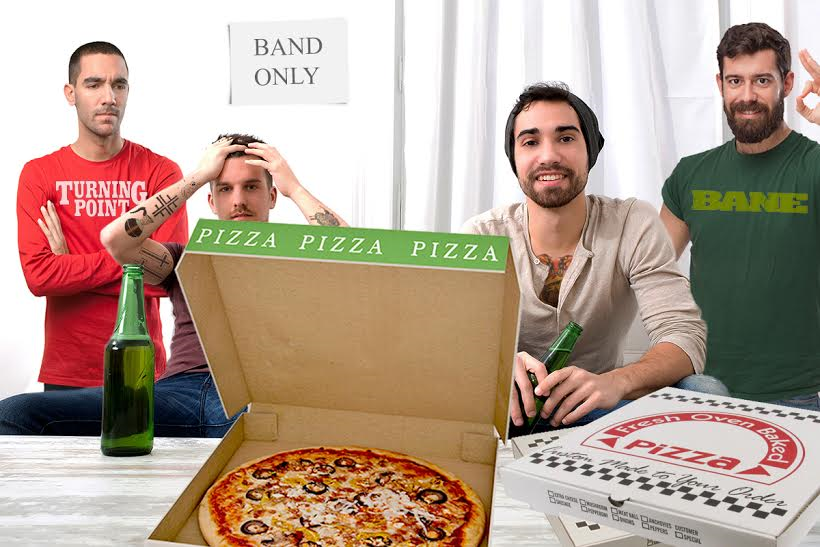 BALTIMORE — Touring pop punk band Facts of Life were thrilled to learn that show promoter Mickey Hall decided not to pay the band in legal tender, but instead opted to compensate them with a delicious “Spicy Italian” pizza following a sparsely attended show, enthusiastic sources confirmed.

“At first, I was a bit taken aback. For real? A pizza? But Mickey assured us that yeah, it was ours — the whole fucking pie,” said frontman Ryan Crowley. “I didn’t know what to make of it. I’m just a normal 32-year-old guy from Baltimore. I’m not used to this sort of first-class treatment. It even had the parmesan cheese packets on the side.”

Facts of Life drummer Brett Marks seemed the most excited.

“I can’t tell you how long it’s been since my last authentic Baltimore-style pizza,” exclaimed Marks. “Probably not since I was a kid when my parents brought us here on vacation and we went to Cal Ripken’s Strike-CalZone. It shows that our hard work is appreciated.”

Mickey Hall has made quite a name for himself in the Baltimore scene by paying bands that play his venues with unique items.

“Just last week I had a great metal band come through. You should have seen the looks on their faces when I paid them out for the night. Each member of the band got a $5 Old Navy gift card and their choice of any item from our lost & found,” said Hall. “I have a show coming up next week where the headlining band is going to get two bathrobes I swiped from a hotel a few years back. I can only imagine how much that thing is worth.”

Hall has remained nonplussed by critics who say he should no longer pay bands in gift cards and cheap food, but in actual money so the bands can sustain touring.

“I put a lot of thought into the way I pay bands. Sure, you can’t buy gas with a 2016 day planner, but you can’t plan your days in 2016 with a full tank of gasoline, can you?” said Hall aggressively.

Continuing his unique compensation, Hall also opted to pay hardcore band Last Confrontation with a Groupon for a month of CrossFit classes at a gym 30 miles outside of Baltimore.