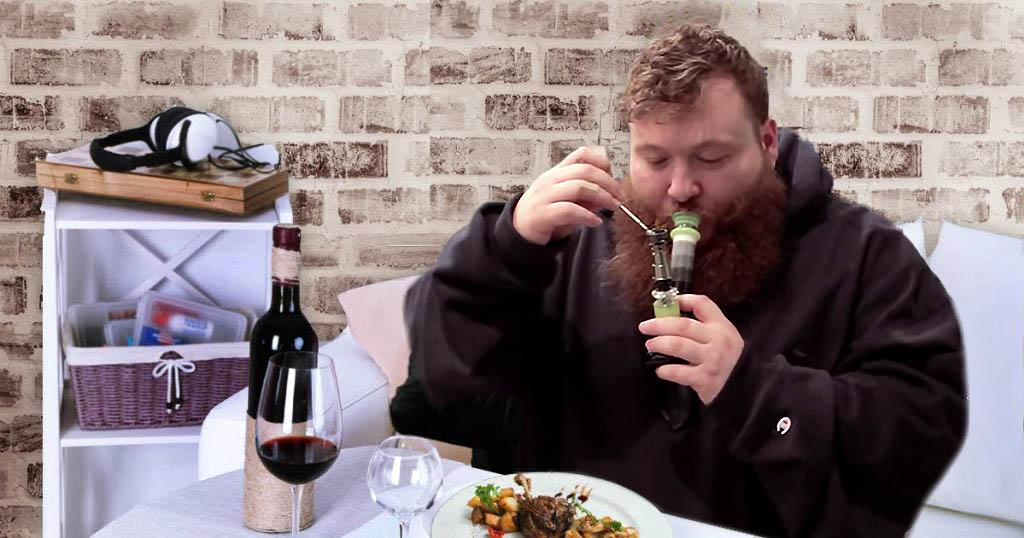 NEW YORK — Enormous cherub Action Bronson dabbed an astounding 10 ounces of duck confit in a single sitting earlier this week in what is believed to be a new world record, according to eyewitnesses.

If confirmed by Guinness World Records, Bronson’s intake will shatter the previous record for vaped meats, set in 2012 when chef Matty Matheson blazed 4.2 ounces of Jamón ibérico at Vice HQ on a dare.

“Shit — that skin so crisp, make Jacques Pépin pissed,” said Bronson just prior to puffing the tender meat. “I wouldn’t let anyone else fuck with this. I made this all myself. Simmered some duck legs in their own fat for 18 hours, low and slow. Like Dinklage on a Benzo.”

Cardiologists on hand grew concerned when, midway through the dabbing, Bronson’s heart rate shot up to 190, nearly 10 bpms above his resting rate of 181. But, the rapper was undeterred.

“We warned Mr. Bronson of the coronary risks, should he continue,” said Dr. Arthur Yang, who skipped his rotation at Mount Sinai Hospital to be on hand. “But he just mumbled something about triple backflaps on a platinum Sea-Doo, and continued smoking the duck fat. It was a sight to behold.”

“Nothing too fancy,” said eyewitness Big Body Bes. “You want to keep it simple when dabbing anything with that much grease.”

While many see this as the logical limit for toked meats, Bronson allegedly already has designs to break his own record. Beef futures rose sharply earlier today following unconfirmed rumors of the emcee’s plans to vape an entire herd of Wagyu cattle, spiking the Japanese market.

Asked about that project, Bronson said, “Yo, lemme call you back when I finish eating this wheel of asiago.”