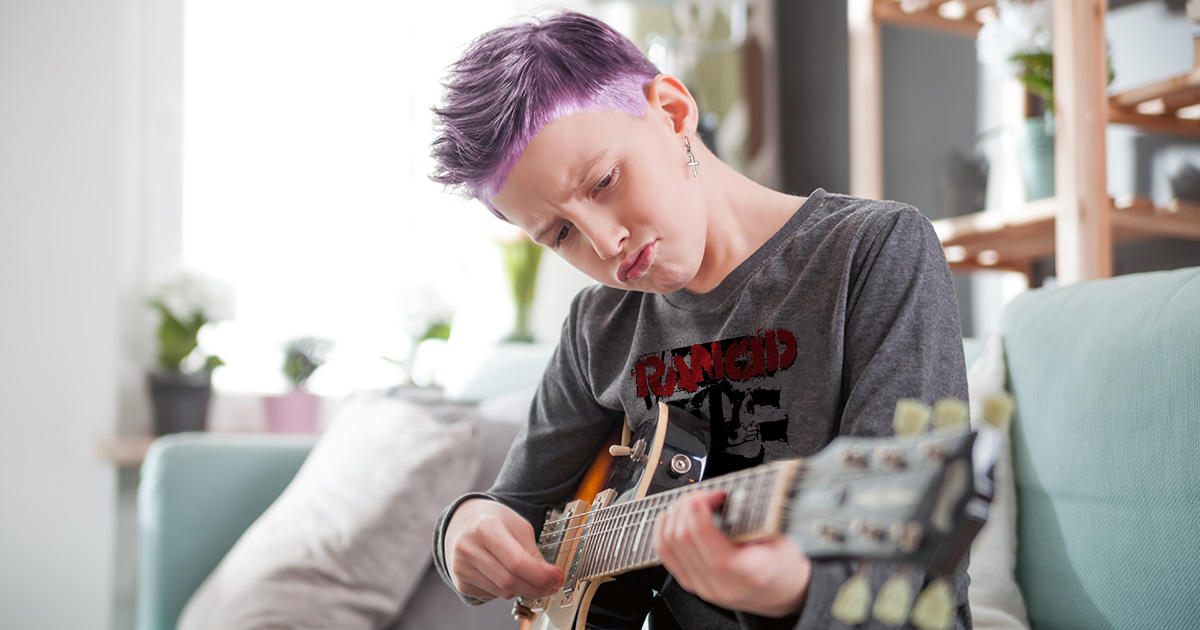 “Tommy has always loved music,” recalled Tommy’s father, Glenn. “When he first picked up guitar, I instinctively plugged my ears, thinking it was going to sound like some radio bullshit. But he sucked right away — we’re talking absolute, total garbage. My jaw was on the floor.”

“First time he touched a guitar, and he was nailing not-nailing it,” he added proudly.

Moran’s mother agreed, noting their son has a long history of a natural punk attitude.

“I suppose he always showed signs of being a natural punk,” recounted Trisha Moran of her son. “He shit his pants a lot, and sometimes, he’d just scream all night instead of sleeping. From his earliest birthday parties, the way he’d throw up his food and pee on his biggest fans seemed very GG Allin-inspired.”

“The way Tommy fucking plays, man, you’d swear he’s failed at so much more of life than he actually has. The kid is only in elementary school, but if you didn’t know better, you’d think he’s a straight-up junkie on a four-week bender,” said Cunt from his makeshift studio. “This kid can’t play guitar the way a guy who can’t hold a job or keep a relationship going can’t play guitar.”

“I tried to teach him the opening to ‘Smoke on the Water’ — I teach it to all of my beginner students; it’s just four notes. But the nerve strain from the resulting 20-minute feedback solo left me blind in one eye and legally insane,” said Wessling.

Indeed, following his class with Moran, Wessling was committed to the Smithfield Home for the Insane after attempting to replicate Moran’s talent by sustaining himself on a diet consisting entirely of captured insects, according to his doctors.

“I have seen God. And we should all be afraid,” Wessling said.