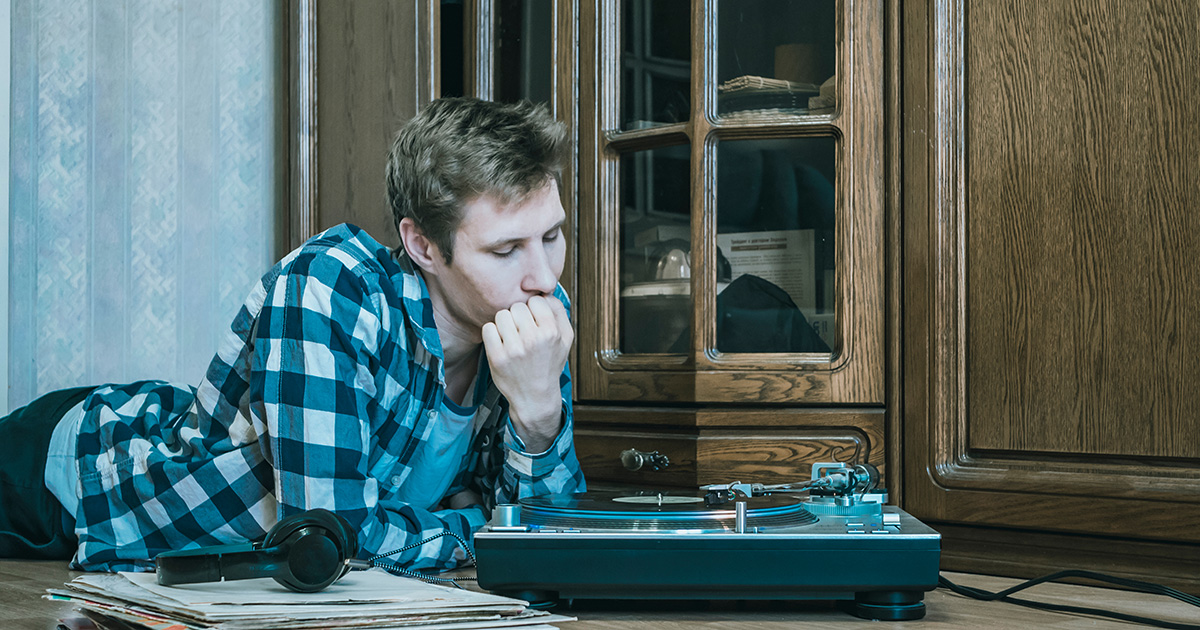 LAKELAND, Fla. — Local 30-something Gary Peters only managed to listen today to 10 seconds of All Who Remain Will Forget Me in Time’s Notes from a Private Investigator, a classic screamo album that shaped his formative years, before abruptly turning it off, sources confirmed.

“I loved them — Notes from a Private Investigator was the only CD I ever listened to so much I wore it out. When I saw the record in a discount bin at Goodwill, I thought, ‘Fuck yeah!’” admitted Peters. “As soon as I heard the opening sound bite from Fight Club, it took me right back to being a teenager again… but then the music started.”

“I finally understand why my parents hated me playing my music so loud,” he added glumly.

Witnesses report Peters put in his earbuds, frowned, and took them back out again almost immediately.

“I don’t know how something can be so ear-splittingly tinny, and yet still so muffled to the point of incoherence, but they figured it out,” Peters said. “The whole album is supposed to be a three-act musical, set in the court of an influential French aristocrat. I thought it was really deep and meaningful at the time. I can’t believe I gave myself tinnitus listening to this shit.”

“I tried to tell him for years,” confirmed Brigham. “I can’t tell you how many late-night talks we had about how ‘In the Garden of the Mariner King’ is not the most heartbreaking song ever written. I mean, everybody listens to crappy music when they’re 15, but this is something else.”

Indeed, research shows this type of transformation of artistic taste is very common.

“As people — particularly men — reach their 30s, they begin to gravitate to more restrained entertainment choices,” said Kaley Wong, a behavioral psychologist at the University of Miami. “Podcasts, NPR, telling all of their friends how great Pet Sounds is… as you age and your tastes and mind become more generic, these mediums and and styles become much easier for the brain to enjoy. At the same time, listening to old Victory Records compilations becomes deeply uncomfortable and, in some cases, painful. We call it ‘Father John Misty Syndrome.’”

At press time, Peters was desperately trying to delete old Facebook photos of himself in dark eyeliner.