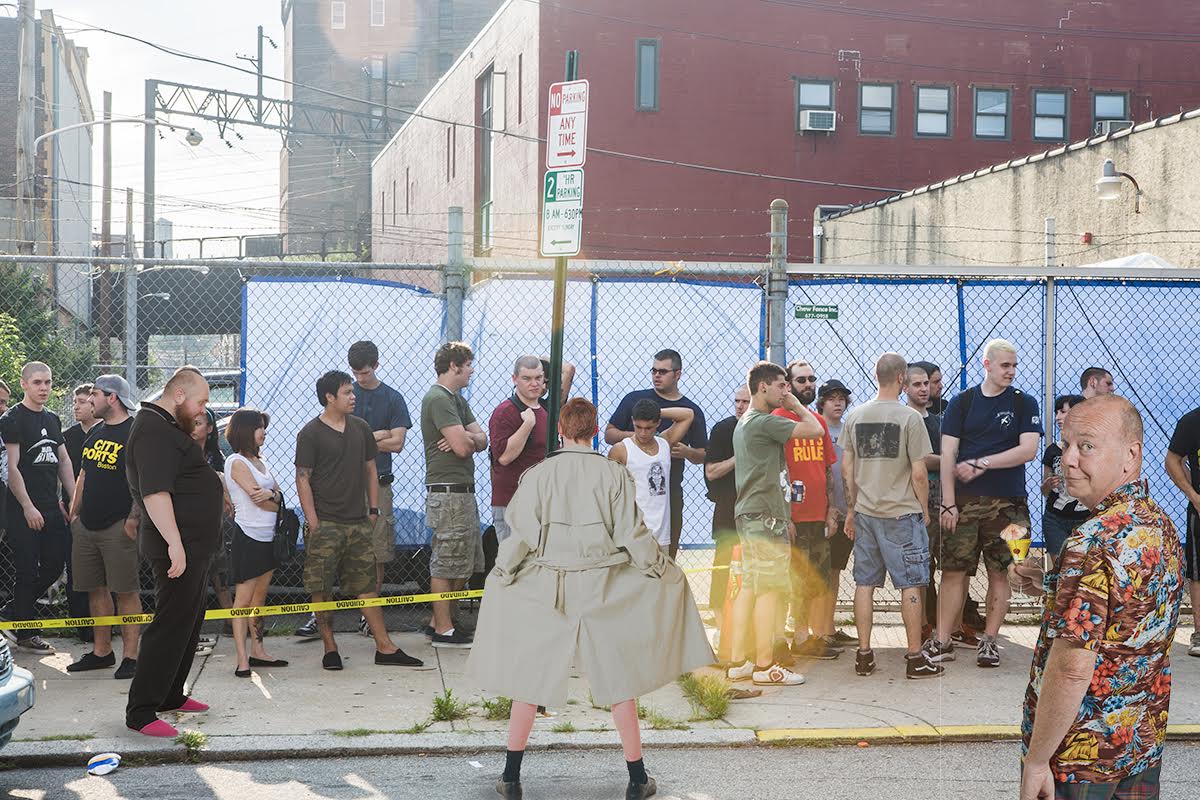 The crowd was comprised of young men and women who choose to abstain from drugs and alcohol wearing X’s on their fists and band sweatpants, along with perverts in regular sweatpants.

“This city is going to shit — the few all-ages venues that would have a show like this are either closed down or were booked already,” clarified promoter Kate Mitchell. “This venue was the only place I could find because some ska band was playing at Hellcats Lounge.”

The age restriction, coupled with Mitchell’s marketing campaign, attracted a surprising crowd of single men over 40. One such attendee, Detroit native Robert Plum, was excited about the new, hot action in the old space. “Nothing like this has happened since this place showed nudie films in ’95,” he said, wiping sweat off his palms. “I used to come here all the time… in more ways than one, if you catch my drift.”

The venue, which is now a bar that features live music seven nights a week, was a fully operational pornography theater known as “The Cherry Blossom” in the ‘70s before closing in the ‘90s after the owners faced charges related to the smuggling of pirated VHS tapes.

The mix of demographics proved awkward for some. “All this slicked-back, greased-up hair, and no one wants to do cocaine with me,” complained attendee Carl Ferguson. But, undeterred, he continued to mingle. “When are they going to stop playing this bullshit music and bring out the naked ladies, anyway?”

Still, some thought the show went well despite the mixed crowd. Daniel Morgan, singer of headlining band ClearlyxStraight, said it was the most energetic crowd he’d seen in awhile. “It was non-stop pile-ons,” he gushed. “The older guys here were really getting into the spirit of things and took their shirts off faster than anyone else.”